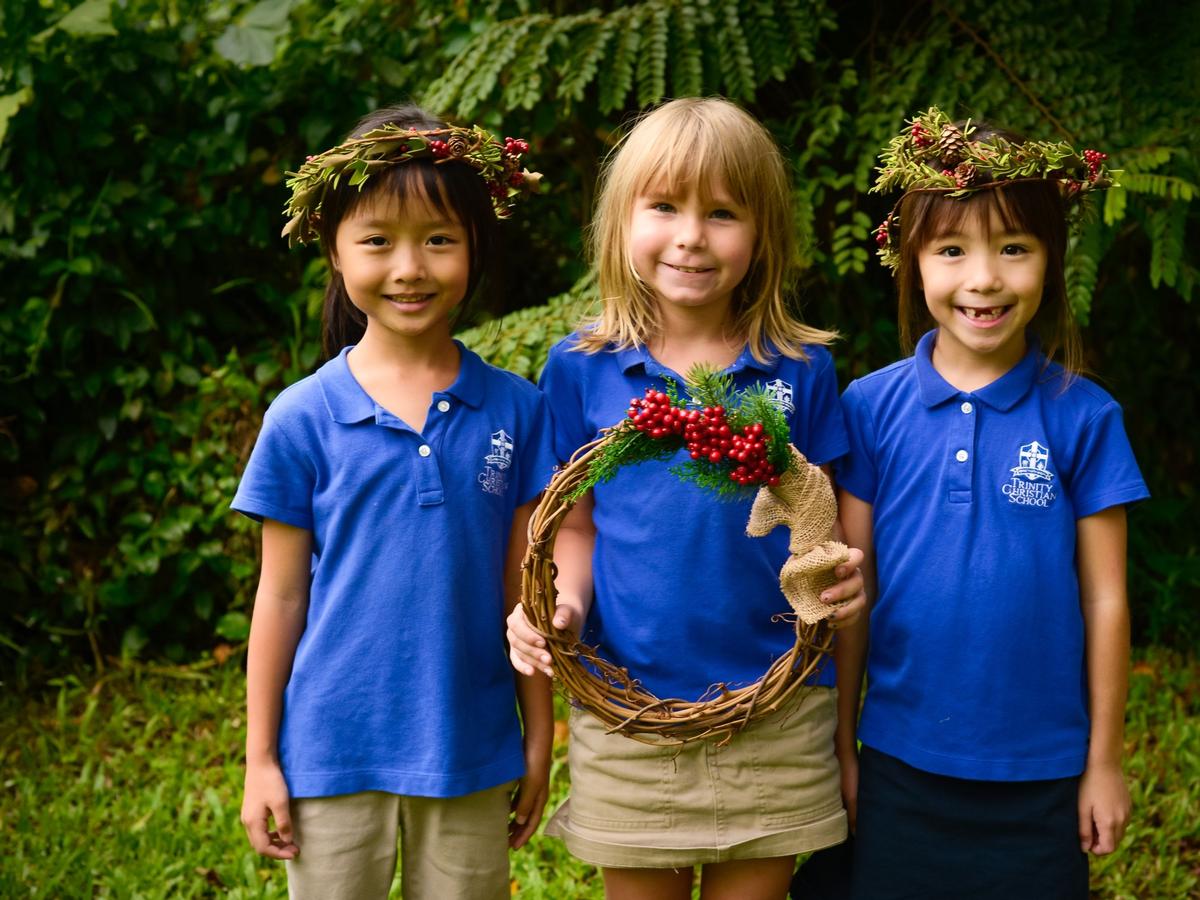 As I reflect on the goals of a Trinity Christian School graduate, I am reminded of a Hawaiian Princess, Victoria Kawēkiu Lunalilo Ka'iulani Kalaninuiahilapalapala Cleghorn.

This spirited, educated, gentle lady is more familiarly known as Princess Ka'iulani, the princess who died much too soon. She was the daughter of Miriam Likelike, David Kalakaua’s sister and Archibald Cleghorn, a prominent Honolulu businessman, from Edinburgh, Scotland. Her uncle, David Kalakaua was the ruler of the Kingdom of Hawai'i when she was born.  As he had no children of his own, Kalakaua saw Ka'iulani as the heir to the throne after his sister, Lili'uokalani.  He introduced Ka'iulani to Robert Louis Stevenson, a well-known author and poet from England. Stevenson was captivated with Ka'iulani’s curiosity.  They became good friends and were often found under a banyan tree in Waikiki, where they would discuss a myriad of topics.

“Education is simply the soul of society, as it passes from one generation to another.” —G.K. Chesterton

When she was just 12 years old, misfortune found Ka'iulani when her mother died.  After this, her uncle Kalakaua, with his friend Robert Louis Stevenson, realized the need for Ka'iulani to “receive training traditionally given to children of European monarchs in preparation for ascending to the throne.”

Ka'iulani then found herself on the way to England where she studied French, German and English.  During this time, she was under the guardianship of the Theophilus Davies who cared for this inquisitive, articulate and gracious “hapa-haole” young woman. Davies wrote, “I know it is Ka'iulani’s great desire to help the Hawaiian girls into lives of Christianity and purity.”

Princes Ka'iulani loved her God and embraced her people.  Although she cherished learning about Western culture, she spoke resolutely about the injustice against Hawaii. In 1893, Ka'iulani’s aunt, Queen Liliuokalani was deposed from her throne, after a struggle for power between the United States and the Kingdom of Hawaii. This action greatly grieved Ka'iulani, aware that she was next in line to the throne, and as she sensed annexation looming ahead, she bravely spoke these words in New York on her return to Hawaii.

“Seventy years ago, Christian America sent over Christian men and women to give religion and civilization to Hawaii. They gave us the gospel, they made us a nation and we learned to love and trust America. Today three of the sons of those missionaries are at your capital asking you to undo their fathers’ work. Who sent them? Who gave them authority to break the constitution, which they swore they would uphold. Today, I, a poor, weak girl, with not one of my people near me, and all these Hawaiian statesmen against me, have strength to stand up for the rights of my people. Even now I can hear their wail in my heart and it gives me strength and courage and I am strong, strong in the faith of God, strong in the knowledge that I am right, strong in the strength of 70,000,000 people who in this free land will hear my cry and will refuse to let their flag cover dishonor to mine.” (https://houseswithhistory.wordpress.com/2012/04/11)

Trinity Christian School, in Kailua, Hawaii in the Ko'olaupoko Ahupua'a endeavors to graduate those who will follow in the steps of Princess Victoria Kawēkiu Lunalilo Ka'iulani Kalaninuiahilapalapala Cleghorn. We desire for graduates who love God wholeheartedly, and who love those from all cultures. We seek graduates who love learning and logical thinking, who articulate succinctly and persuasively, and delight in all things beautiful, while walking humbly before our God.