Why Speech and Debate Matters: Part 1 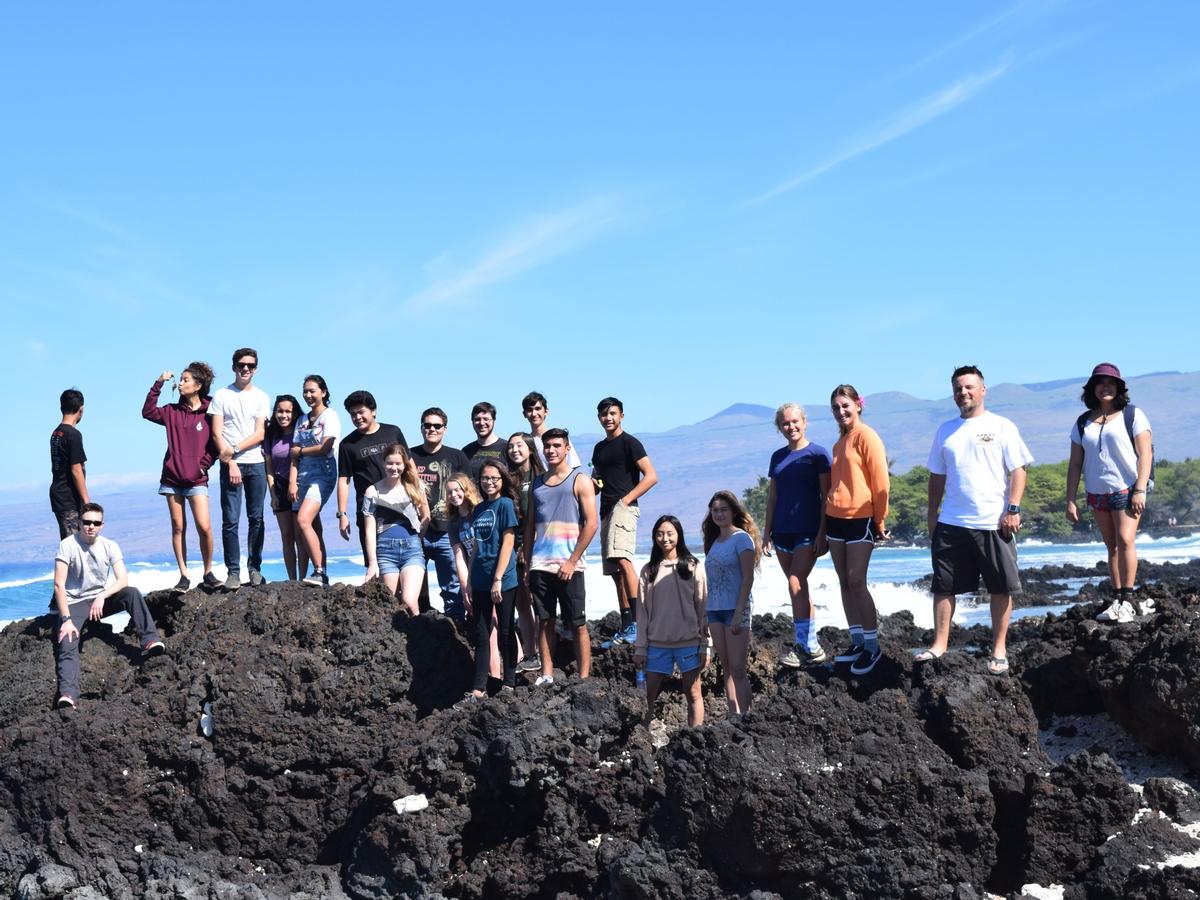 Why Speech and Debate Matters: Part 1

Written by Kai Glorioso, Class of 2018

It’s hard to articulate just how important public speaking is. As a senior, I can tell you that just about every presentation, every essay, and my upcoming thesis were all made much easier by using the skills I have learned in speech and debate. In the rhetoric stage (9-12th grade) of classical education, nearly every subject is in some way related to either critical thinking or eloquent speaking, both of which are used in Speech and Debate. It has been a huge blessing in my life, and I know that the TCS team has also been a huge blessing to many other students in the same way that it has been a blessing to me. 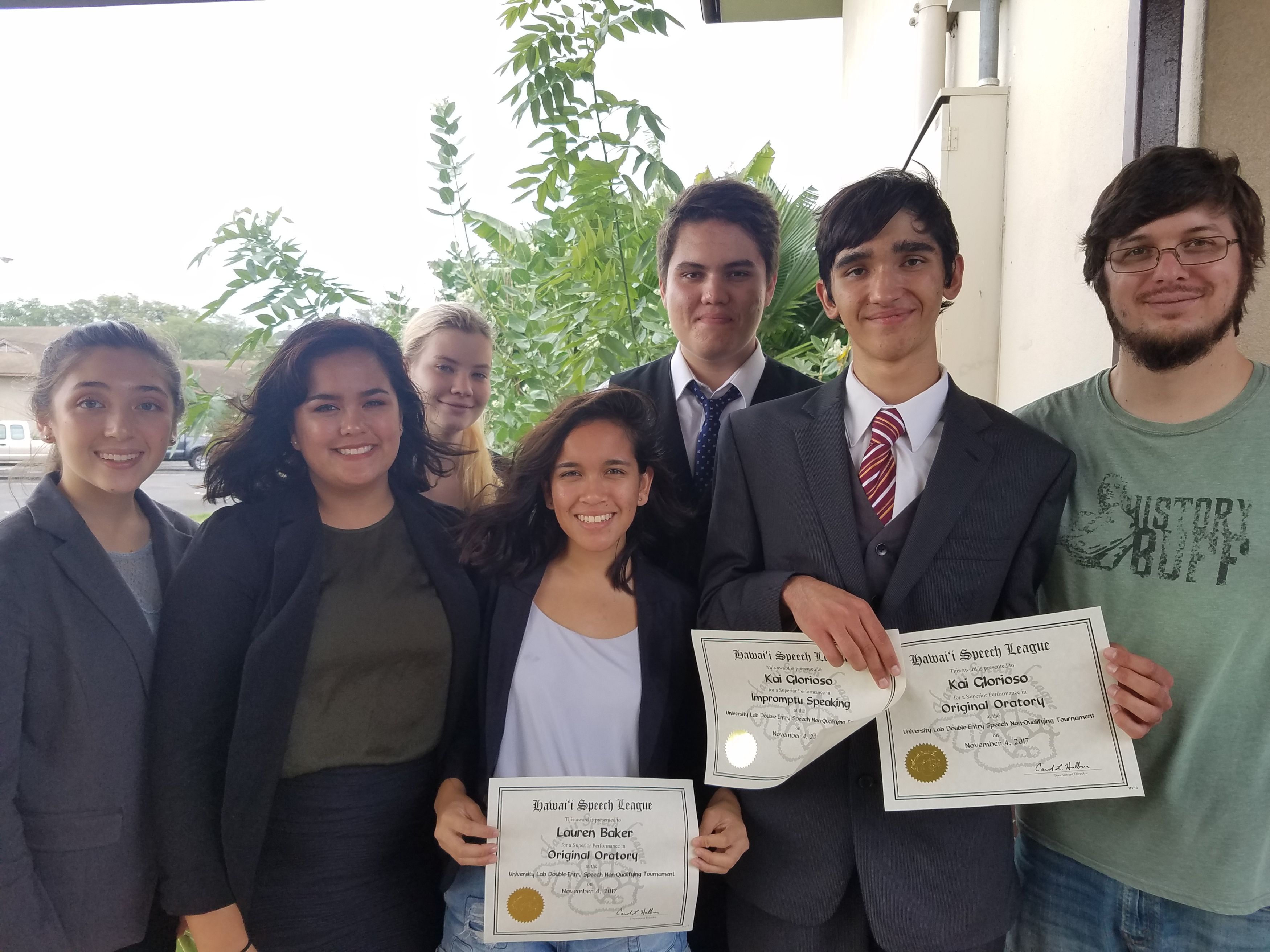 The Bible is very vocal about the use of speech among the prophets, apostles, and Christ Himself. As Christians, we are called to spread God’s Word, and by learning to speak concisely and thoughtfully, we can better communicate our message to the world around us. However, the ability to speak in public has become increasingly rare among high school students. Trinity, however, deviates from the status quo, not only offering, but requiring that students take at least one year of debate. This ensures that every student has exposure to public speaking and acquires strong research and logic skills. 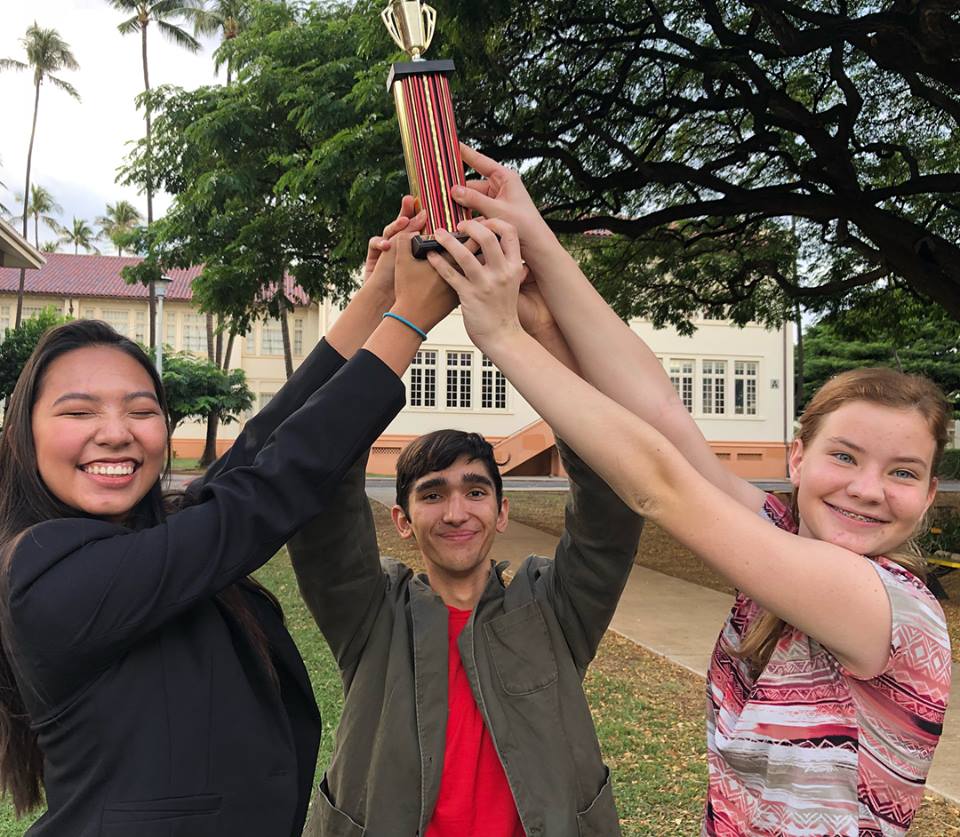 I joined the debate class as a freshman. During that first year, I didn’t know much about what I was doing, but I knew I wanted to be there. The very concept of debate intrigued me, and I felt something about debate beckoning me to join the class. Plus, my favorite teacher was the coach, so it was a no-brainer at that point. But it wasn’t until after joining that I fully realized just how important speech and debate is. For the first two years, I was not very professional or eloquent, but eventually I gained enough experience to be a capable and eloquent speaker.

After 4 years on the team, I have seen nearly every student have one thing in common before their first tournament: anxiety. Every student is worried about their first debate round, believing that they will humiliate themselves, and that they are incapable of functioning in a debate environment. After the first tournament, every student has changed. The initial stress is gone, as every student discovered that debate is not nearly as scary as it appears on paper. For some reason, many people believe that public speaking is an incomprehensible skill that very few people have, but it is a skill that anyone can learn and reap benefits from. Students learn how to defend their beliefs, see issues from both sides, and present their stance persuasively and eloquently. 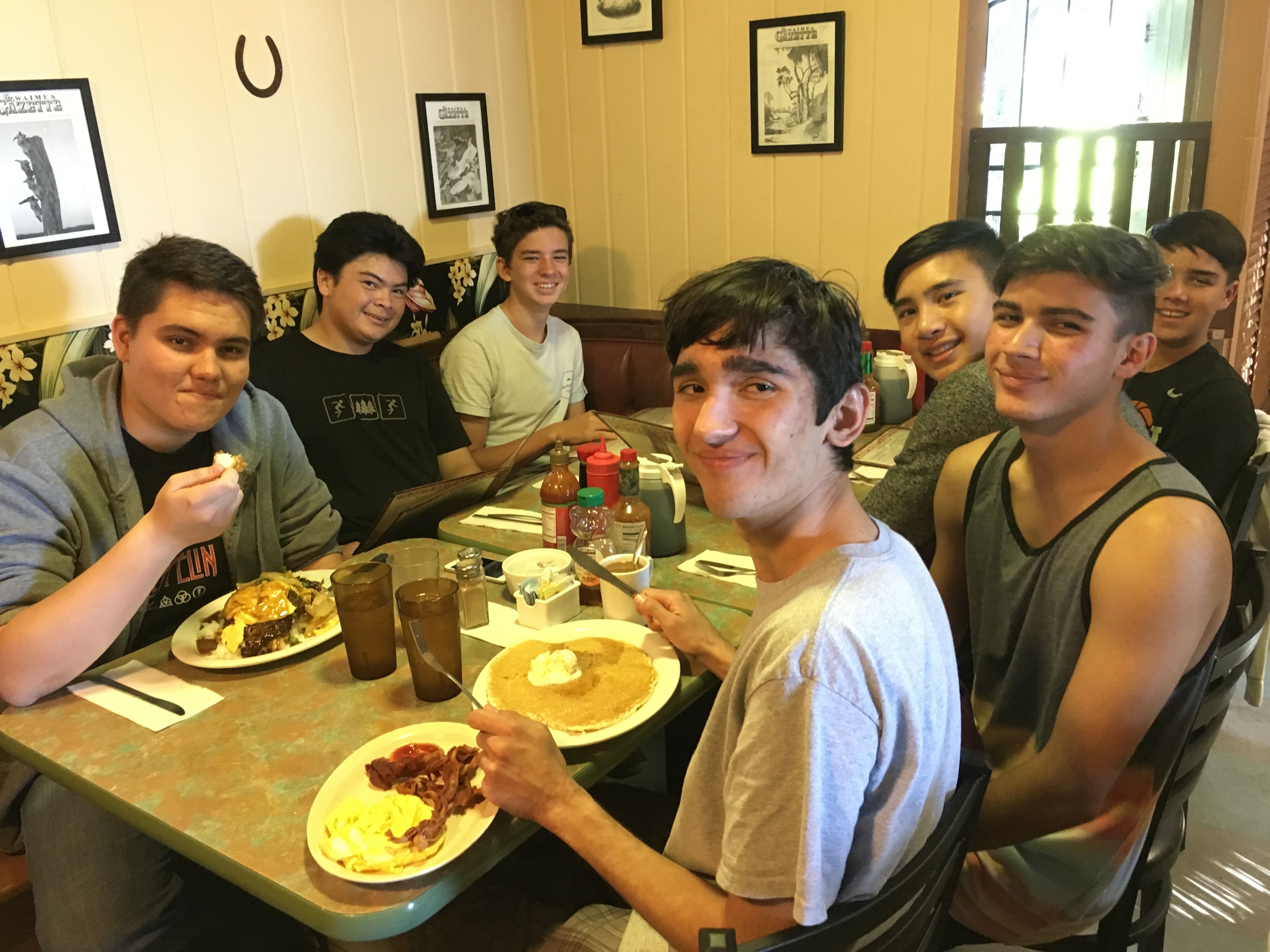 But that description alone makes speech and debate sound like a horribly boring extracurricular, which is simply an incorrect assumption. I have found that the class builds the same kind of teamwork, camaraderie, and friendship akin to those built by sport teams, and it is during these times of unity that much of the fun is present. In fact, many of my favorite memories from throughout high school come from the speech and debate team. Every January, the team flies to the Big Island to compete, and during those three days, everyone shares funny stories from the tournament, laughs together, sometimes cries together, and overall enjoys fellowship with one another. I’ll never forget being tricked by riddles, walking through lava fields, and eating a ton of ice cream as a team, simply out of the love we have for one another. 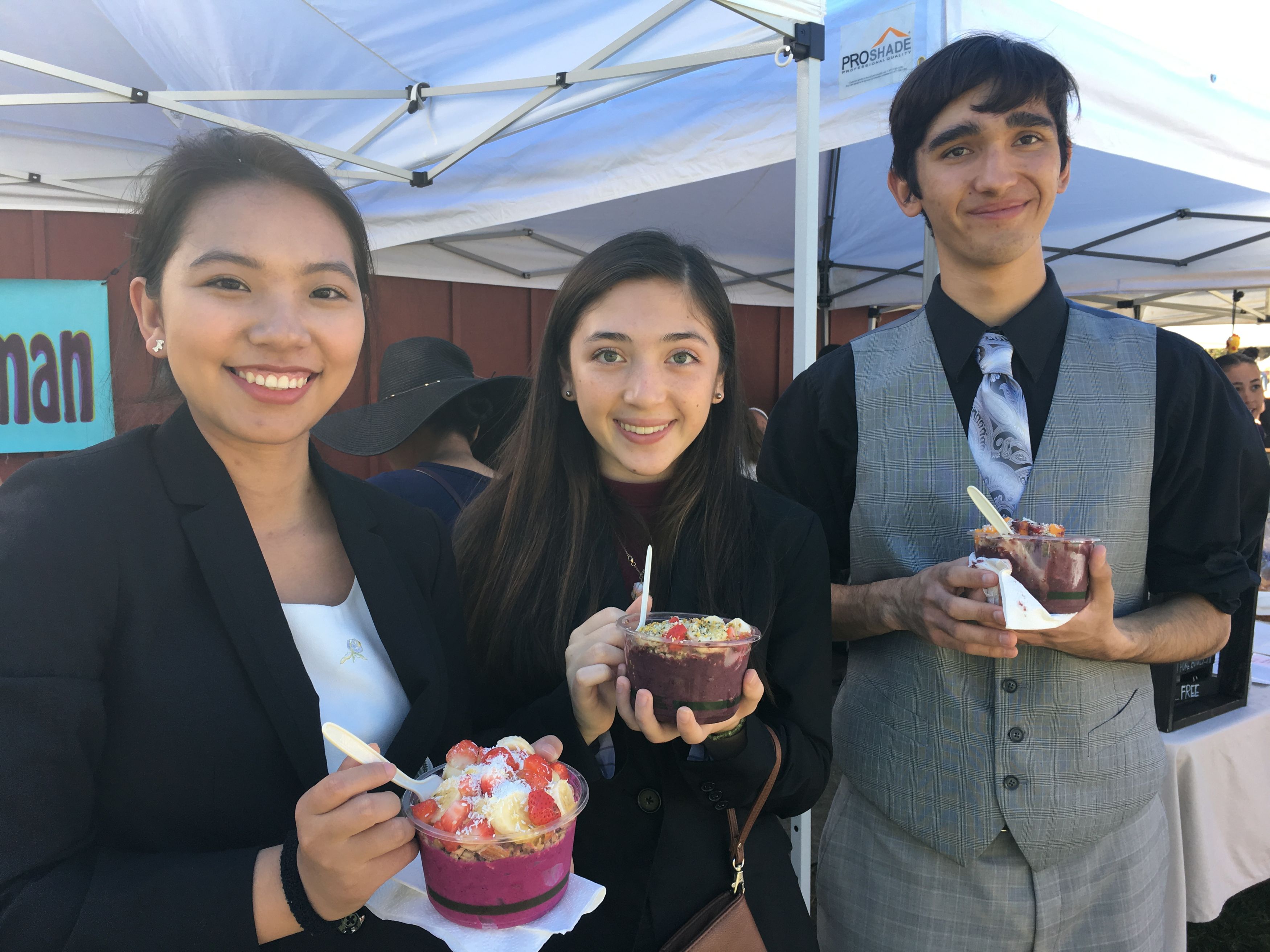 One of the key factors that makes Trinity’s team so wonderful is the fact that the goal of the class is not on victory or beating opponents, but on glorifying God and developing the skills that He has blessed us which. Sometimes we win, and that is truly wonderful, but for every victory we have also felt defeat. But in the midst of all of that, God is with us. Speech itself is a wonderful gift, but He has enabled our little school to have a team that uses speech not as a weapon, but as a means of finding the truth. Speech and debate has been a huge part of my life, and I thank God for the fact that He let me be on this team, and I hope that He will continue to bless people with the wonderful benefits of speech and debate. 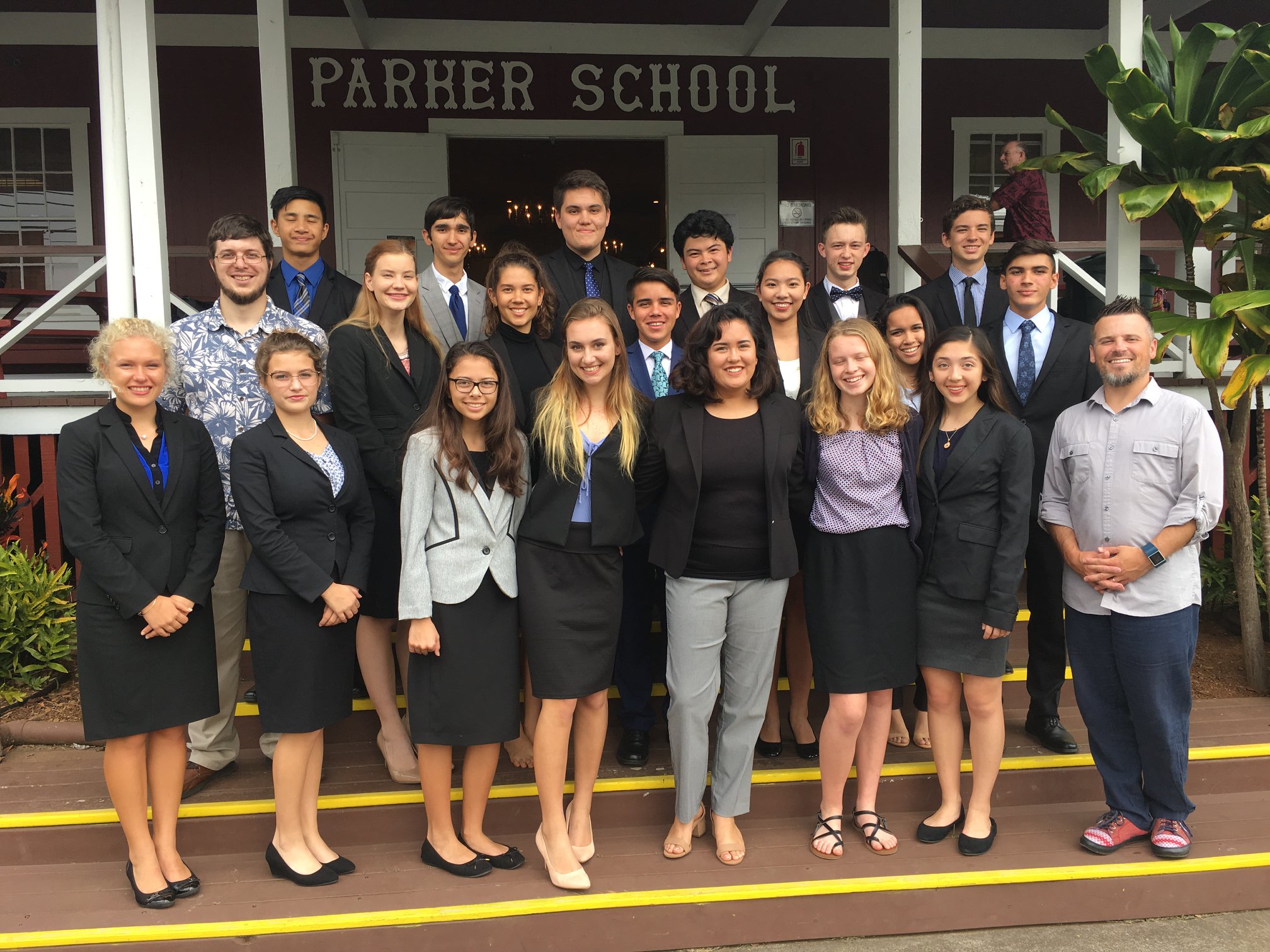 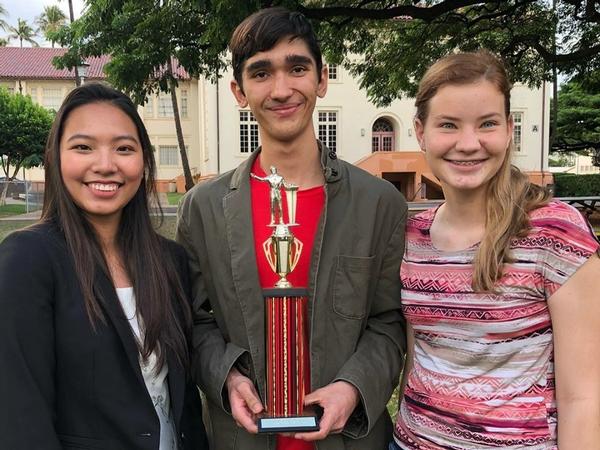 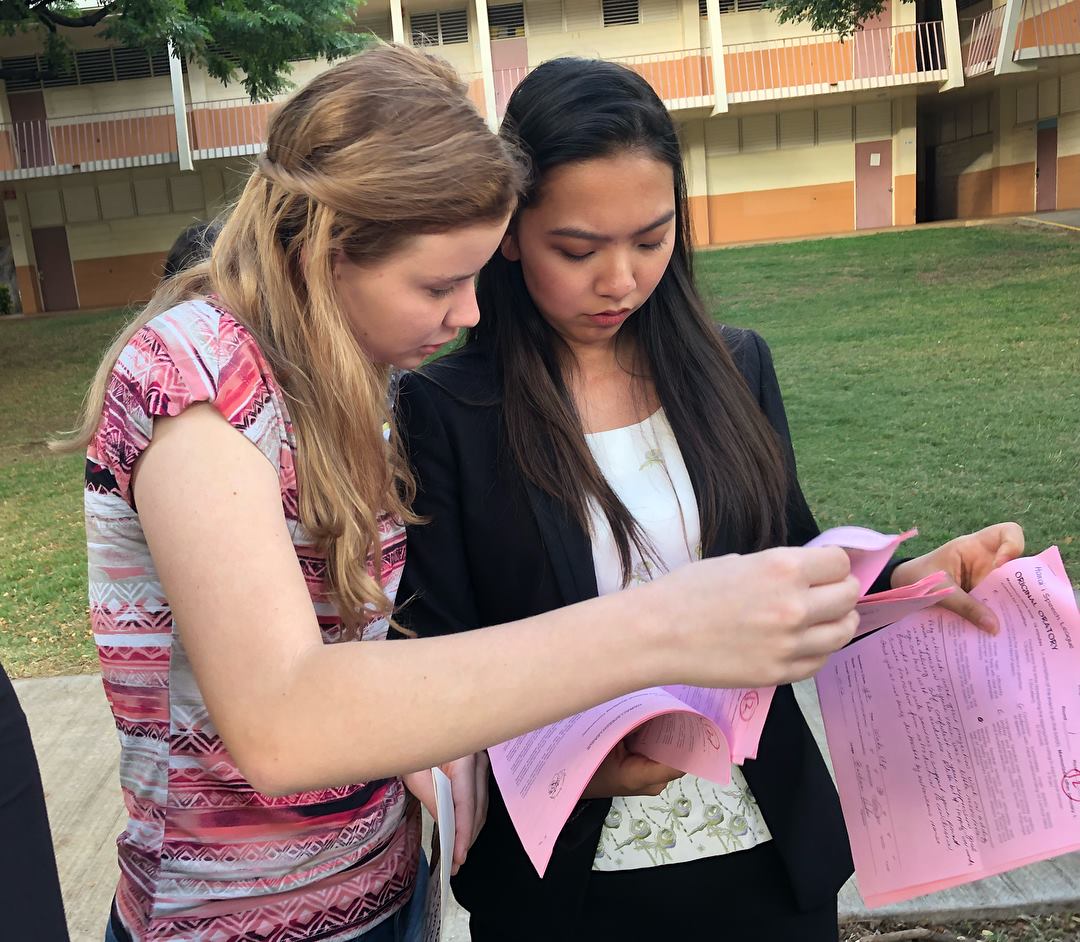 On Saturday, December 16th, the TCS Speech & Debate team came out in full force for the tournament hosted by and at McKinley High School. We registered 29 participants and, in addition to representing TCS with an utterly professional look, our students put on display superior speaking and debating skills. The level of decorum that most of our students exhibited, especially the newly minted JVers, was impressive. I was and am proud of this crew!

I sat in on sessions in which all the Honors (i.e. Varsity) debaters participated. We had one pair challenging last year’s state champions and, in my estimation, they did very well. Another team, in terms of winning more ballots, actually defeated the aforementioned champs and, as I watched them in action, I was blessed to see all the hard work they’ve put in thus far earn them victory. Another team I watched simply blew their opponents out of the water by relying on sound logic, argumentation, and evidence. On the one hand, it was difficult to witness because I felt a bit sorry for the other team but, on the other hand, it was affirming to see all the hours they had put in resulting in a “W.”

It was fun, too, to get to know the students outside of the typical school setting. While we were waiting for the ballots to get tallied, we played numerous card games and even managed to squeeze in some video games. We have some great teenagers among us and I’m thrilled to be in a role that allows me to challenge them, encourage them, and, hopefully, shape them in positive ways.

While there were a number of TCS teams that didn’t earn certificates, many of them still posted points for our school. In other words, even if they didn’t win the majority of ballots last Saturday, any points they did earn went toward our school’s win percentage. Thus, it was truly a team effort that earned us our first-ever Debate trophy! Go Lions! I’m grateful to have been a part of that. The trophy (included in the accompanying photo) reads: “McKinley High School Debate Tournament | December 16, 2017 | Highest Percentage of Wins.”

Come January, as we head into the second half of the season, we’ll keep working hard, sharpening our skills, bettering our attitudes, and focusing our vision. Most importantly, we’ll keep reminding ourselves that in any loss or victory, our aim to be better speakers, presenters, and thinkers has one telos: bringing glory to the God of the Bible, the one in whose image and likeness we were made. That’s a truth we all need to be reminded of during this Advent season. Gloria in excelsis Deo! 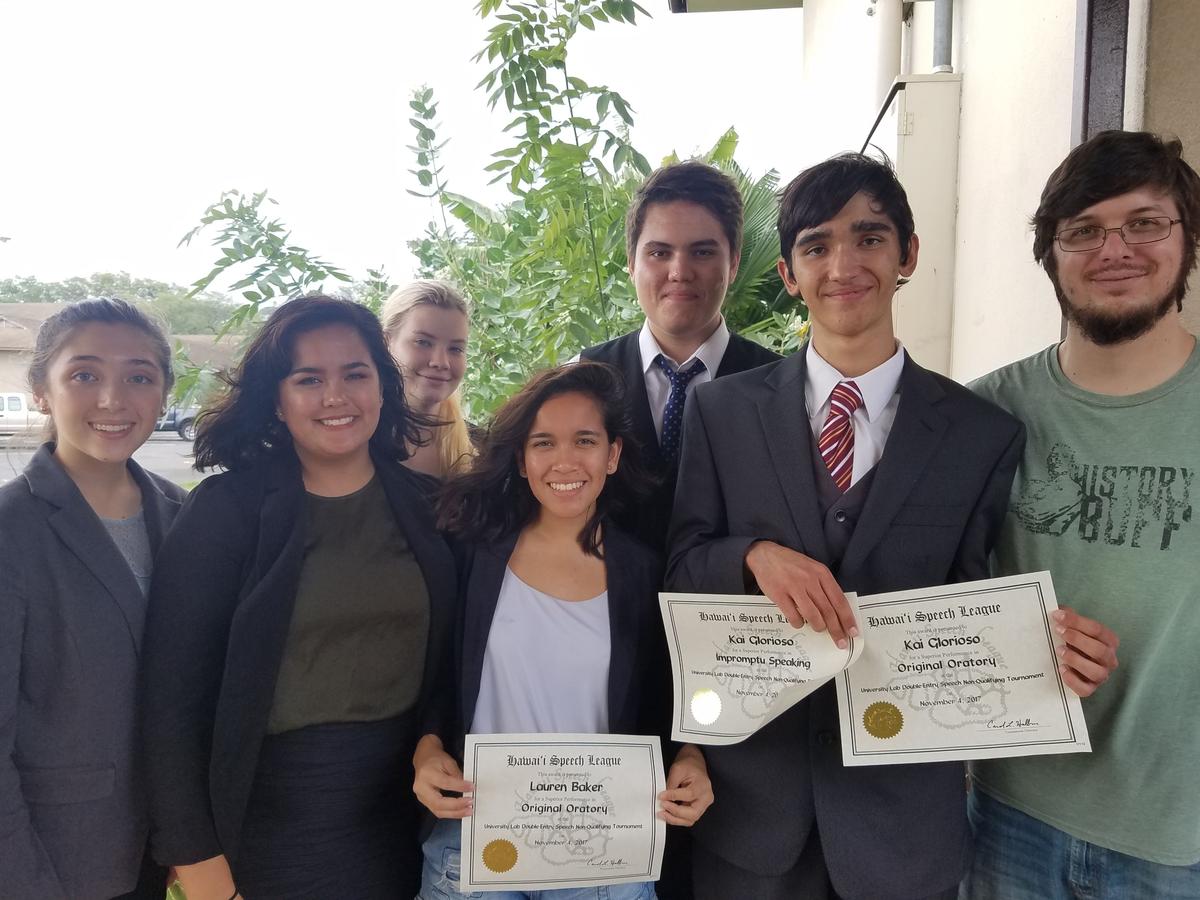 Our secondary school Speech & Debate Team has been hard at work! So far this year, our team has been to three tournaments. The first tournament of the season was a Speech-only event on October 7th, at Kahuku High School. Kaila Baker and Lauren Baker both received Overall Superior ratings for their excellent work, and Kaila Baker managed to place first overall in her category, Impromptu Speaking.

The next tournment was on October 15th, where the Trinity Debate team went to Waialua for the first Debate tournament of the season. Lauren Baker and Grace Klein won their first round, lost only to a former state champion and his partner, and received a BYE for the last round of the Tournament. Overall, they won half their ballots.

Finally, last weekend (first weekend of November), the Trinity Speech team went to University Lab school double-entry tournament and performed at the largest event yet of the season. Out of eight students, we received three Overall Superiors, one for Lauren Baker for her Original Oratory piece, and two Overall Superiors won by Kai Glorioso in both Original Oratory and Impromptu Speech.

Our Trinity team has continuously done an excellent job of representing not only our school by the ideas of Truth, Goodness, and Beauty as they faced fierce competition and remained courteous and resolute. Congratulations to all our speakers and debators for their hard work!

We are Beautifully and Wonderfully Made
The Long Winter
Thinking on Logic
Passion, Patience, Perseverance
Learning in War Time
Good Friday Greetings
No Laughing Matter
My First Week of Home Learning
In a Blink
His Amazing Works