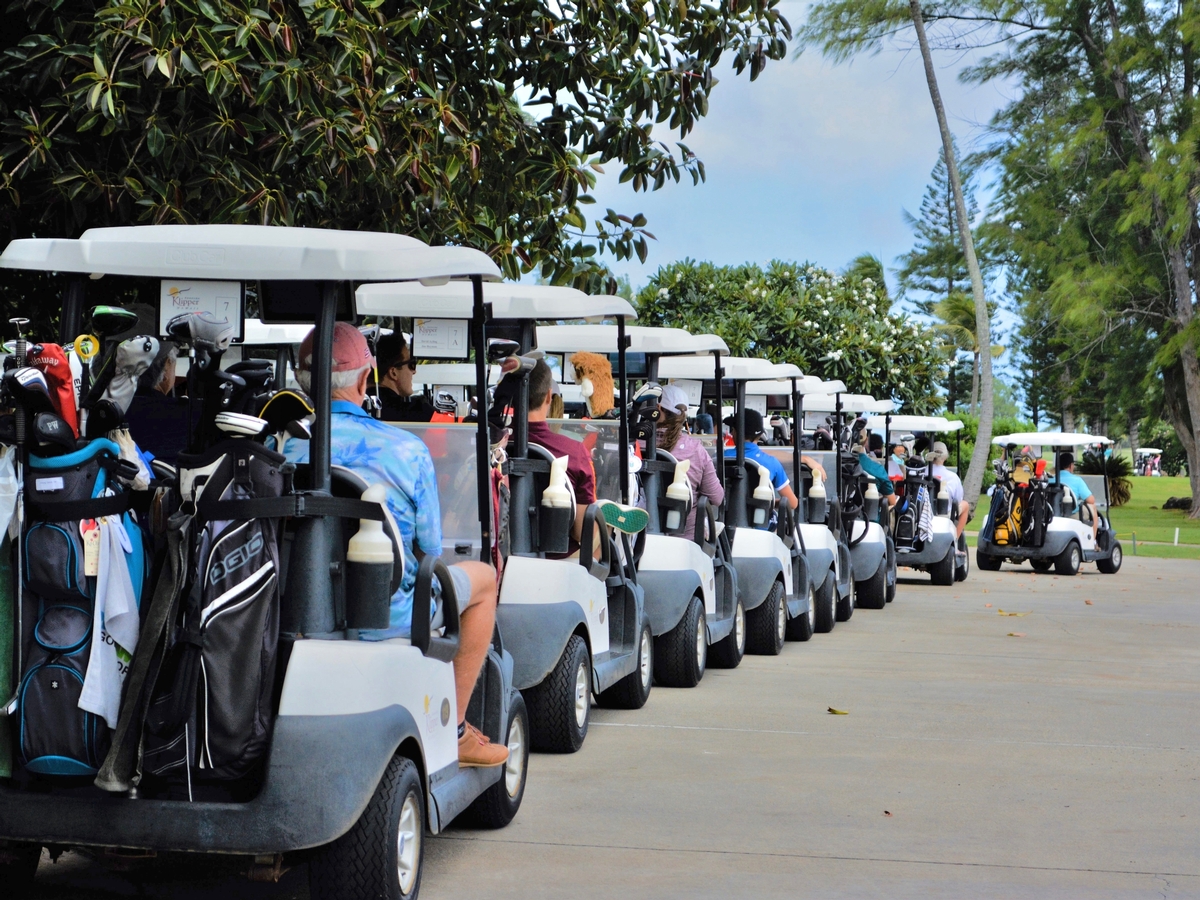 Written by: Coach Chong, Photos by students Kaley '20 and Jamie '20.

What is the recipe for a golf tournament to benefit the Trinity Christian School athletic department?

And, last but not least:

The TCS athletic department and its student athletes extend a big MAHALO to the sponsors, golfers, and volunteers who made the Inaugural Trinity Classic Golf Tournament possible.  Although no one won any of the hole-in-one prizes, all the players and volunteers enjoyed the camaraderie at the event, which was held November 21 at the Klipper Golf Course at Kaneohe Bay.  The event raised approximately $15,000, after expenses, for our TCS athletic department. In December, the committee will announce the date and the location for the 2019 Trinity Classic Golf Tournament, which will feature more contests and more prizes. Stay tuned to the Trinity Tabula for details.

We’d like to encourage anybody from the TCS ‘Ohana to join the golf tournament committee. Several of the current committee members are parents of graduating seniors and will be cycling off the committee in the next few weeks.  If you’re interested in volunteering, please email golfevent@tcskailua.net. 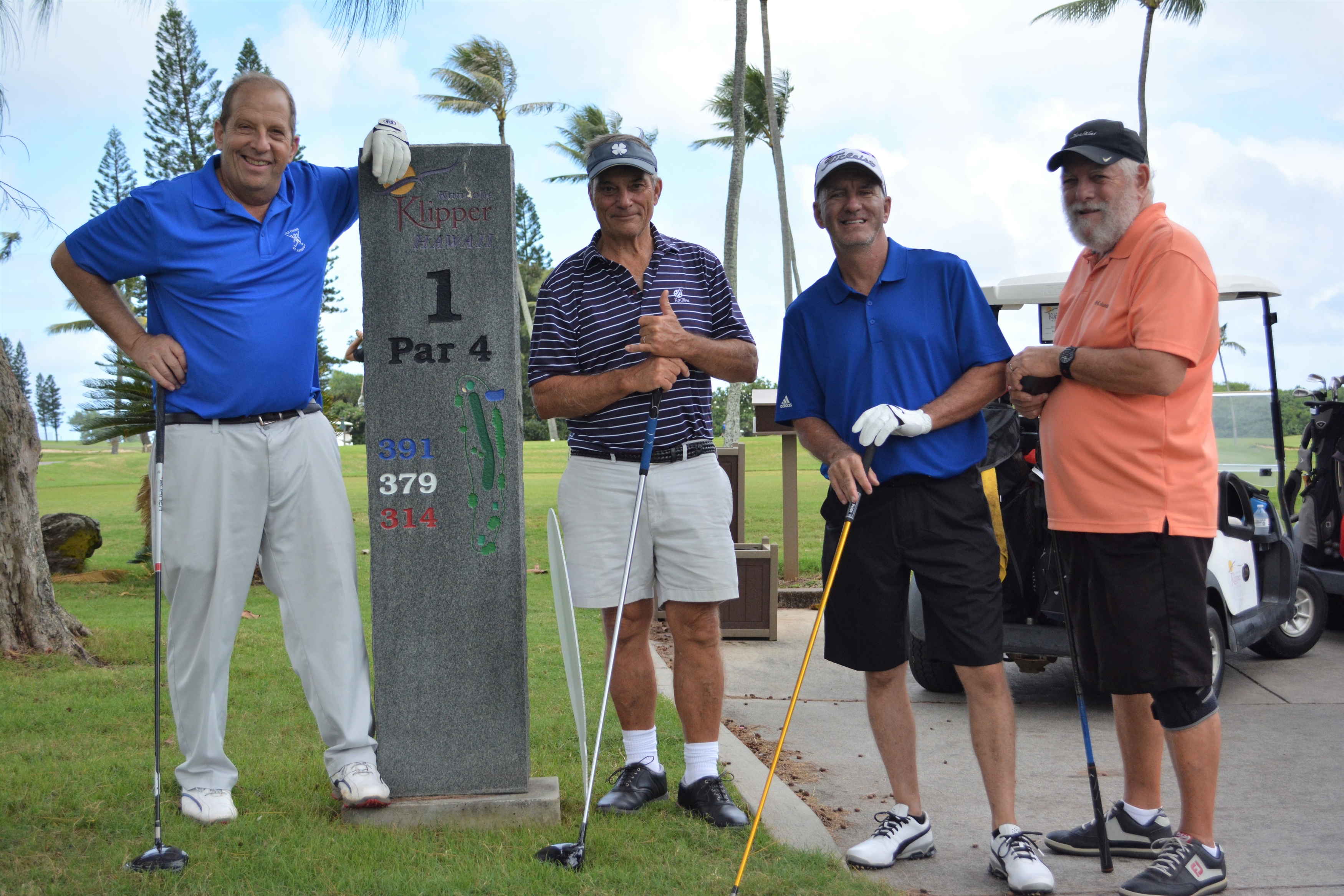 There are many to thank for working on this endeavor:

We apologize for any inadvertent omissions. 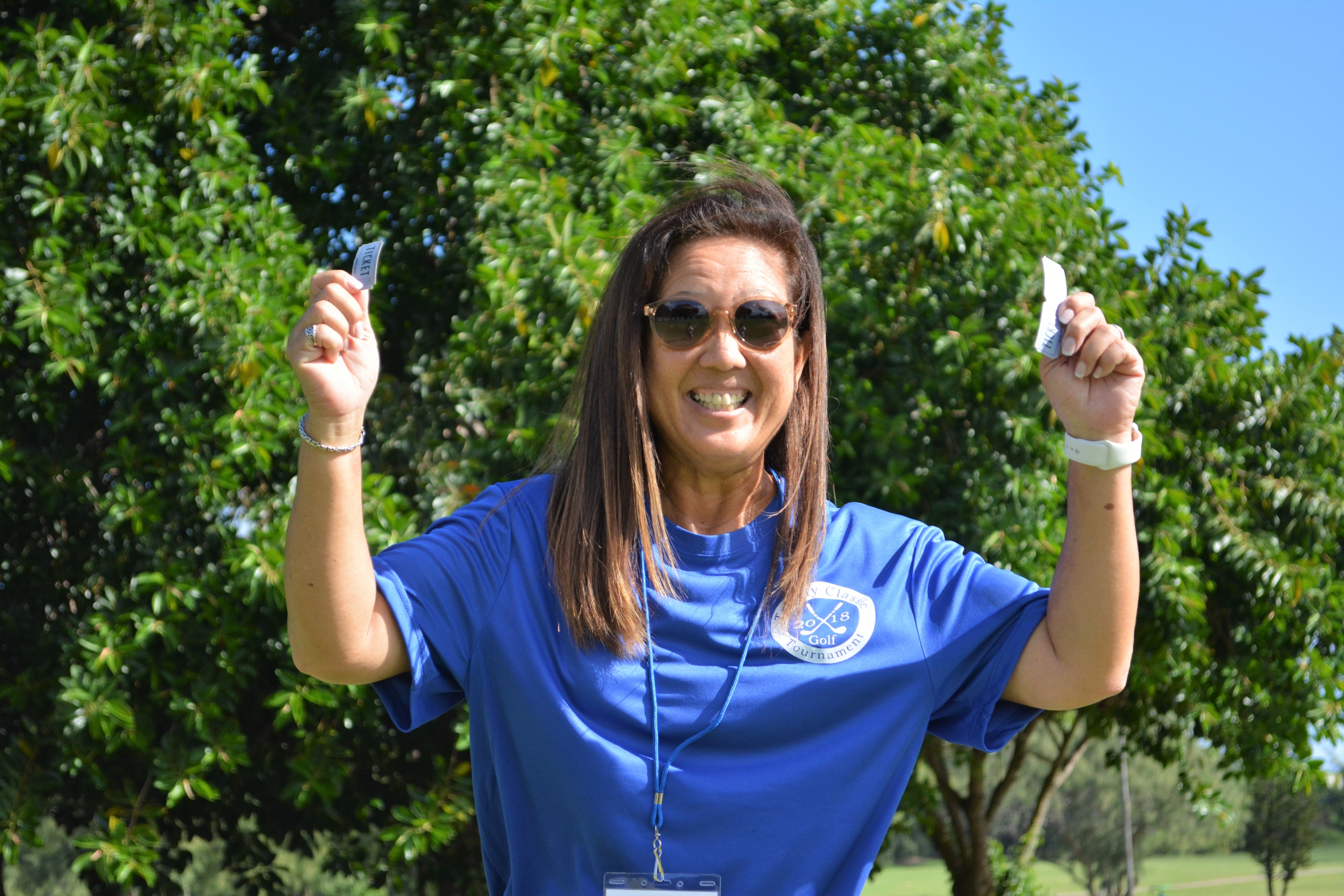 “With God, all things are possible.”—Matthew 19:26
Thank You Jesus! 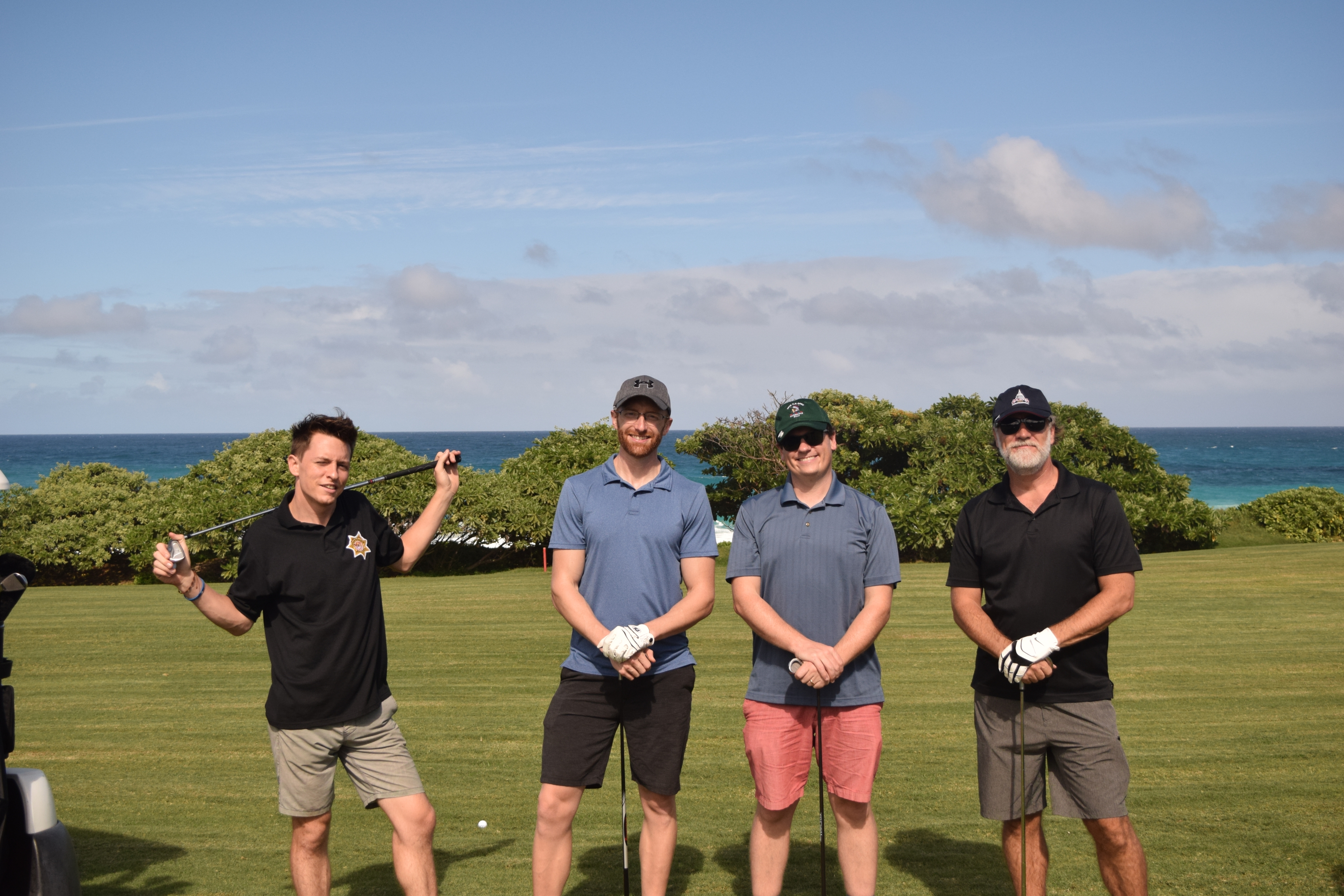 Why Speech and Debate Matters: Part 4 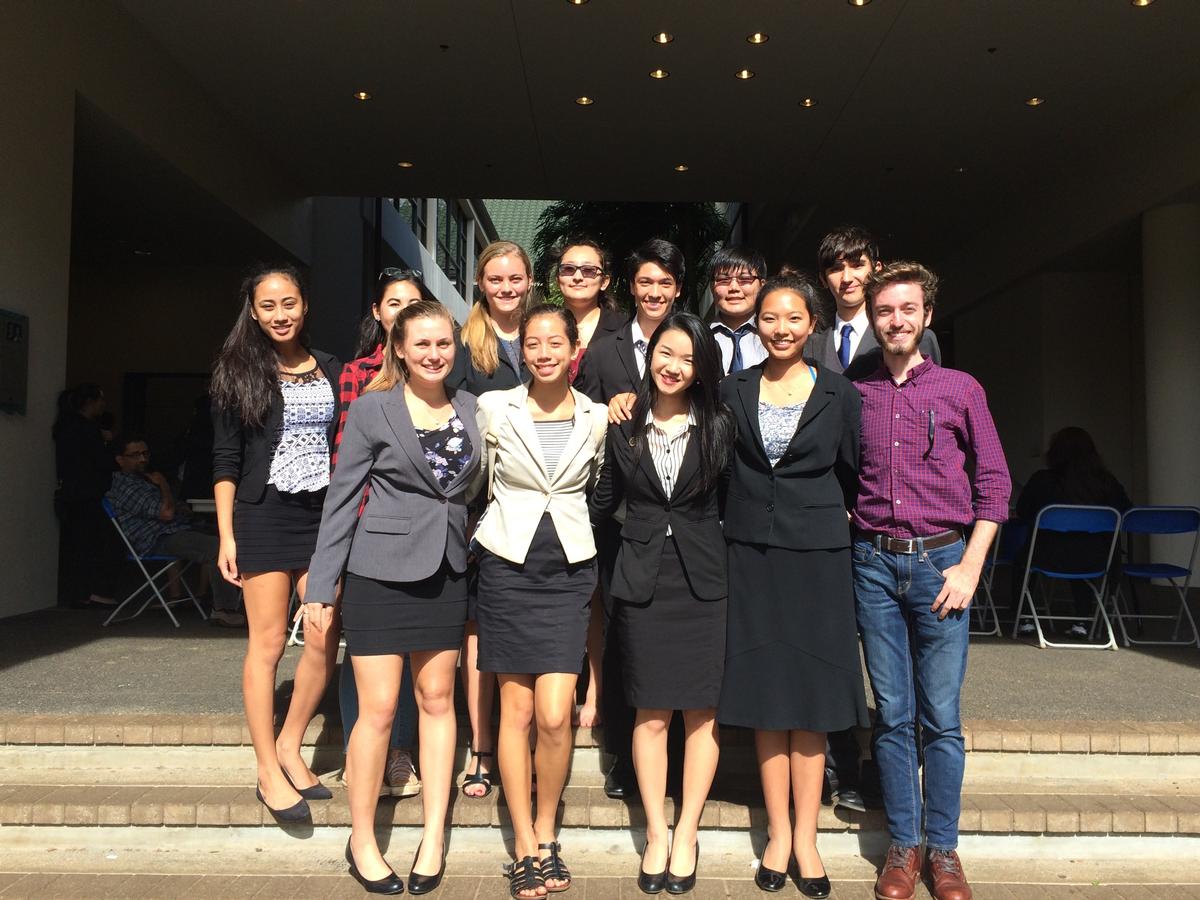 Why Speech and Debate Matters: Part 4

Written by Rachel Leong, Class of 2016

“Speech is power, speech is to persuade, to convert, to compel.”

I was terrified to take Speech and Debate. My heart leapt out of my chest, my knees would shake, and my palms would perspire every time I thought about it. A required class that involved arguing competitively? No thank you. Politics? That scares me. Waltzing around in suits in Hawai’i humidity? Hello, stress sweat.

However, once I got past my first tournament in Junior Varsity (JV) Policy discussing economic engagement with Cuba and medical tourism, I realized professional arguing was not as terrifying as I thought it would be. A few laughs here and there from not understanding political terms and pretending like I did made the process not only educational, but lighthearted and fun. From that memorable first round saying, “It’s for the children” multiple times in my concluding speech, I grew and was massively pushed out of my comfort zone all the way to the state tournament in JV Policy in my sophomore year of high school. After one year in debate, I tried my hand at the speech side of the forensics world and fell in love. 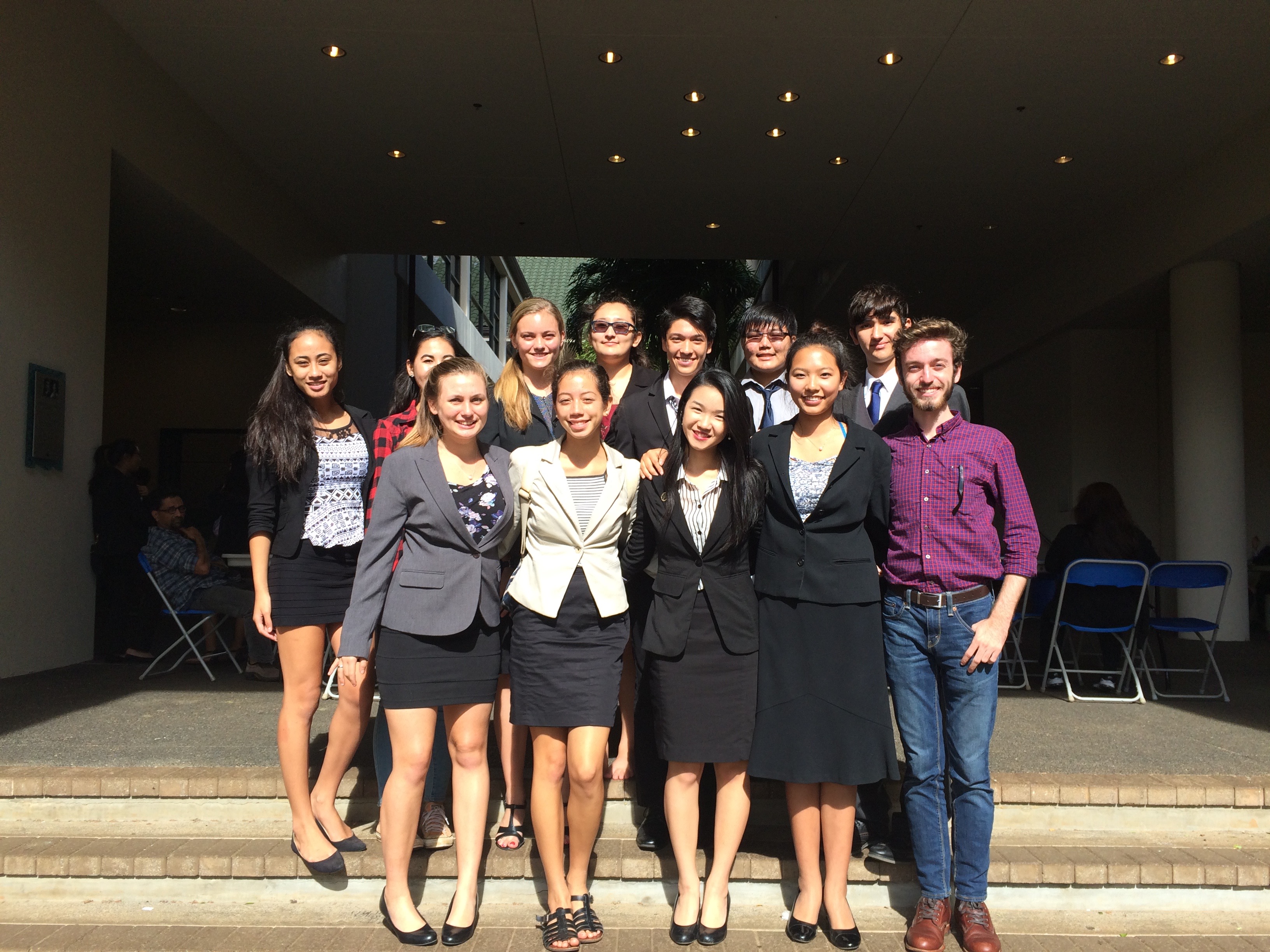 I competed in Dramatic Interpretation (DI), Humorous Interpretation (HI), Duo Interpretation (DUO), and Original Oratory (OO). These categories allowed me to play writer, director, choreographer, and actress all in one, with all the creative liberties I could dream of. Speeches ranged from acting out “Bridge to Terabithia” (DUO), to a consolidated version of my senior thesis (OO), to my Nationally-successful piece discussing “Society’s Lack of Authenticity and Fear of Vulnerability” (OO). I felt like I could convey whatever message I wanted to, in the exact way I wanted to. I could curate a piece that was mine.

Needless to say, I was completely hooked for my last two years in high school.

When I became immersed in speech, my aim was to put my entire heart into every single tournament and get that trophy. As the tournaments progressed, I was met with a different reason than success. My coach discussed with me how I was representing not just the school, but the morals and values of a Christian in a secular league. The way I was competing was not the traditional way to succeed in the NSDA, but regardless, I was doing well. I chose to refine skill, content, and wit rather than falling prey to the flash, crass, and cliché that was so easy to win with. I refrained from using any profanity or crude language in a category that thrives on that for success. This shocked multitudes of people who knew that Humorous Interpretation was not a category for many who proclaimed to be Christians. And through God’s will, I won the State title and competed in Nationals with a completely clean piece. Getting that far did not make logical sense. This was when I knew I was a part of something that was out of my control. I began to understand that my skills and abilities brought me to a platform where my role was larger than just little ole’ me.

While my knees still shook and my palms still sweat, I knew that the Lord would speak through however I performed. Terror became a trust in an understanding that this was what I was supposed to say, to this audience, at this moment. Junior year, I won 1st place in Humorous Interpretation, qualified for Nationals and 4th in Dramatic Interpretation. My senior year, I won 2nd in Original Oratory, qualified for Nationals, 3rd in Duo Interpretation and the District Student of the Year Award. While these titles can seem impressive, from the beginning I had learned that nothing I achieved was due to my own abilities. God was using my achievements as a platform for His light and His love.

"I began to understand that my skills and abilities brought me to a platform where my role was larger than just little ole’ me."

It was all for one goal. To embody, speak, and live out the values of Jesus in an otherwise obsessive, achievement-driven world—to speak truth in love (Eph. 4:15). Specifically, in Original Oratory, I found the Lord using me as a vessel for His truth. I worked hard, yes, but I knew that I had to do what He was leading me to do. I made it to the Top 60 in the nation in Oratory. Why? I wholeheartedly believe it is because the people in each of my rounds, leading up to that final room, needed to hear the words the Lord spoke through my mouth. 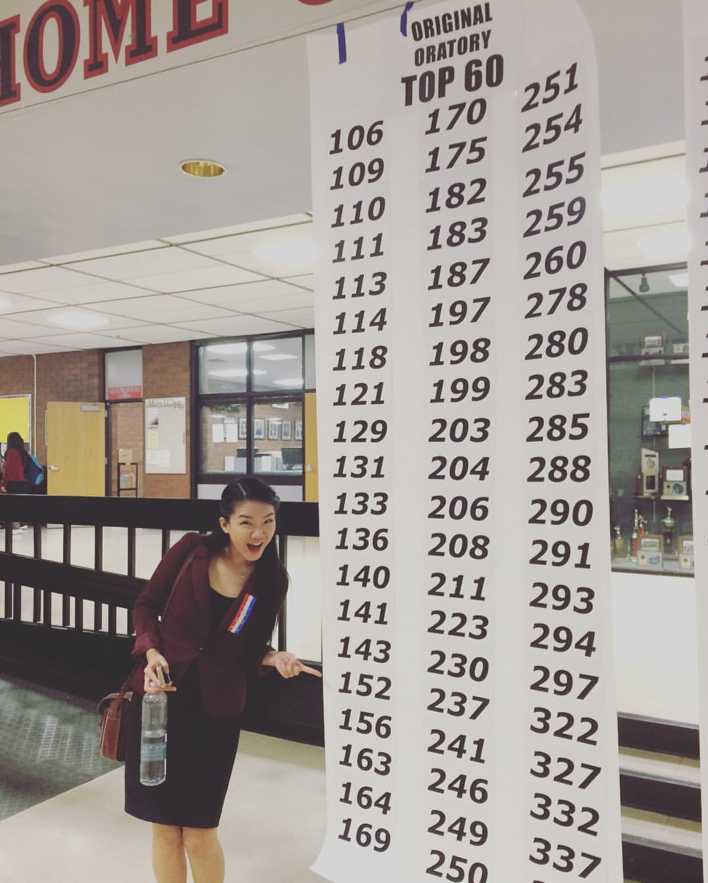 Fast forward to being a college sophomore, and I am no longer competing in Speech and Debate. Currently I am studying Organizational Communication, minoring in Sociology, and working as an Educational Programs Intern in the Intercultural Life Department, advocating for justice in faith, specifically in areas of racial reconciliation. I invested myself in these areas after seeing the empowerment of young leaders in the NSDA. These were world changers, 16- and 17- year olds, who were starting organizations advocating for women of color, those differently-abled, women in STEM fields, men not fitting the societal masculine mold, the hurt, the oppressed, the poor, the people God calls Christians to intentionally work on loving well. I garnered a heart for the marginalized and oppressed after the Lord “broke my heart for what broke His,” to speak out and remind followers of Christ that loving others does not mean avoidance of the hard and uncomfortable.

"I wholeheartedly believe it is because the people in each of my rounds,
leading up to that final room, needed to hear the words
the Lord spoke through my mouth."

On a daily basis, I use the skills I learned during my time in speech and debate for almost everything. Every speech I give with ease, every controversial conversation I think through cautiously and have the confidence to discuss it came from the long nights of drilling facts into my head, memorization and after-school meetings. Debate gave me the mindset and critical thinking to thoroughly examine life issues, instead of blindly believing everything I hear. Speech gave me a voice to speak out and stand for what I believe in. I would not, I repeat, would not be in this position if I did not have the confidence and tools Speech and Debate gave me.

Just like the characters in The Wizard of Oz, I feel like I gained a heart, brain, courage, and a home. Speech and Debate was by far one of my most favorite memories in high school, and equipped me best for taking on the world. 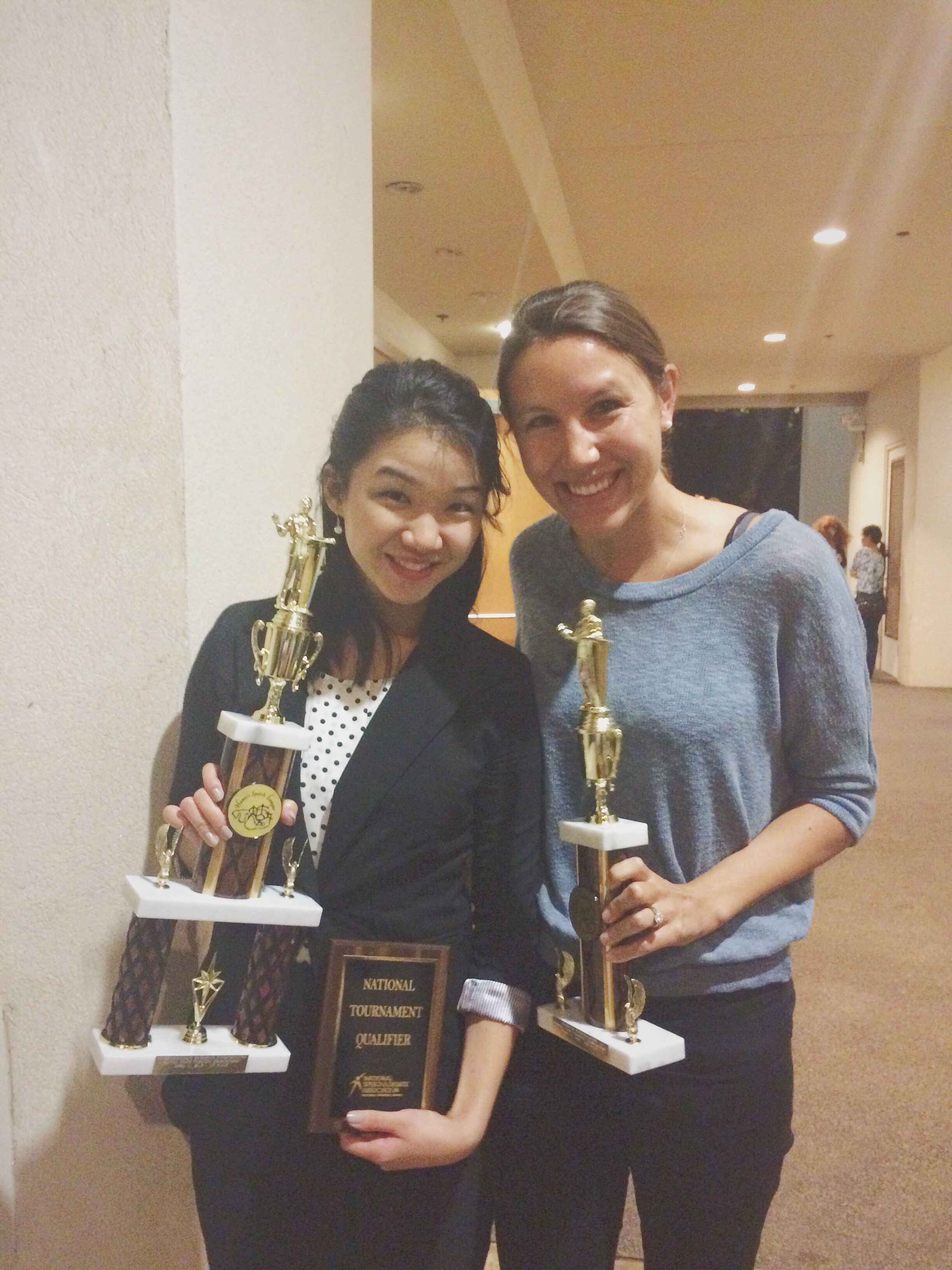 I will always be an advocate for the values and experience that speech and debate cultivates in students, and I believe that every high schooler will reap more than they realize. Everything that I have accomplished, every plaque, every trophy, every ballot—I attribute it all the Creator who has formed me exactly in this way for the purposes of furthering His Kingdom. His instilling of passions and abilities is only using me as a vessel and testament to His goodness.

“Now to him who is able to do immeasurably more than all we ask or imagine, according to his power that is at work within us,  to him be glory in the church and in Christ Jesus throughout all generations, for ever and ever! Amen.” —Ephesians 3:20-21

A Class of 2016 alumna, Rachel Leong attended Trinity starting in 2008. Now in her second year at George Fox University, Rachel is an Organizational Communications major and Sociology minor. In the future, she hopes to possibly start a Christian non-profit or get her PhD in anticipation of being a Professor in Intercultural Studies (and own a dachshund). 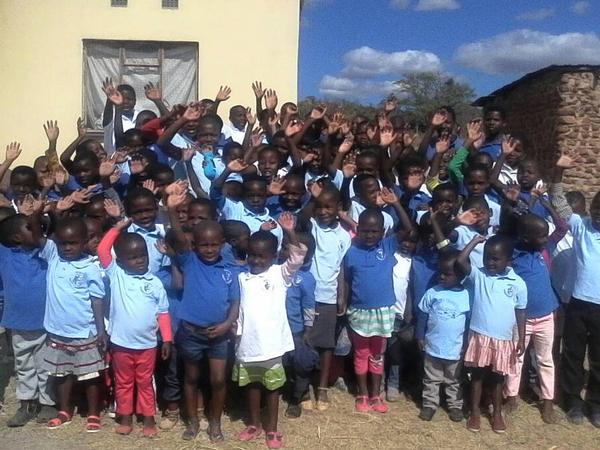 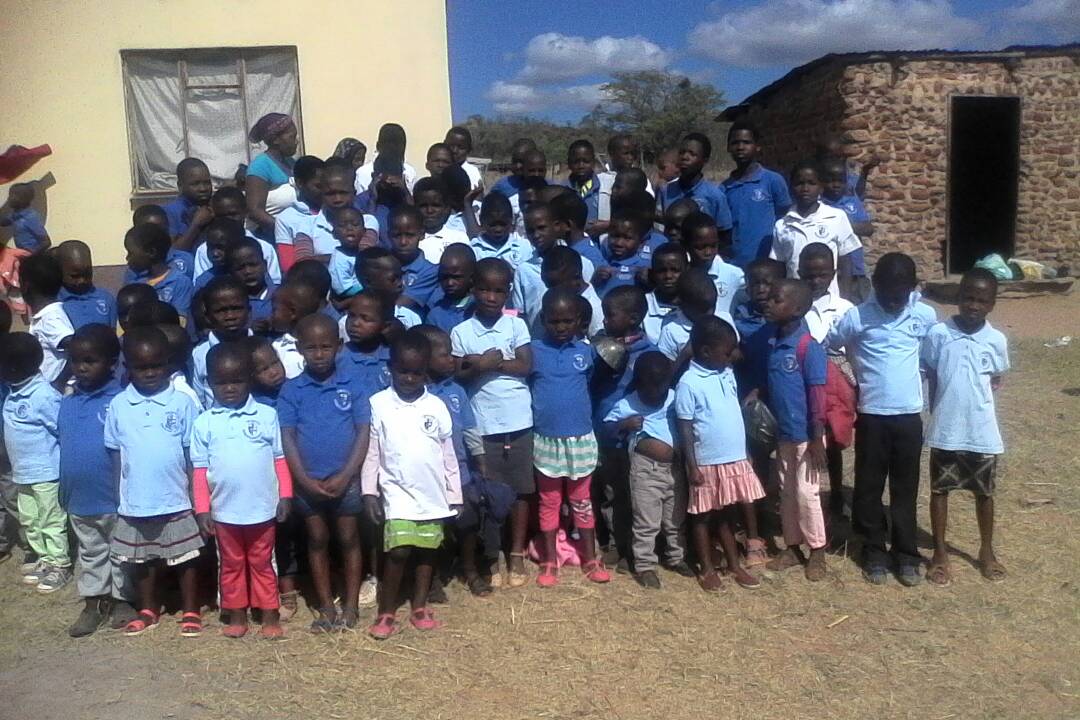 Photos from the mission director of Advocates for Africa's Children, information from Audrey Koizumi

In March 2016, we encouraged parents to donate used Dennis uniform shirts (during our switch to Lands End uniforms) which we collected for the mission organization, Advocates for Africa's Children.
We received about 150 shirts, which were hand-delivered with a missions trip this summer to children in Mgambeni, Swaziland, which TCS Junior, Jesse Makuakane, and his mom, Kathy, participated in. It's wonderful to see our donations being put to good use! Thanks to all who donated.