Heading back to Hawaii!

Writing and photo by Nancy Keegan

Day 16 and we’re heading home—from London, we'll fly to San Francisco, and from San Francisco back to Hawaii.  Are we ready to go home? Yes. Ready for this experience to end? No! As we struggle to fit our memories, souvenirs, and DIRTY clothes into the suitcase, the highlights, shared stories, and laughs will last a lifetime. Over the last 16 days, we saw:

✔️ Duomo (and the stairs)

✔️ Phantom of the Opera

To name just a few.

Congratulations to the class of 2020. Their ability to travel well together is a testament to their character and love for one another.

Please pray for these students and their families as they return to school and the rigor of college applications, scholarships, and senior thesis. They have a bright future.

To God be praise and glory for his provision and protection during the 2019 Grand Tour. 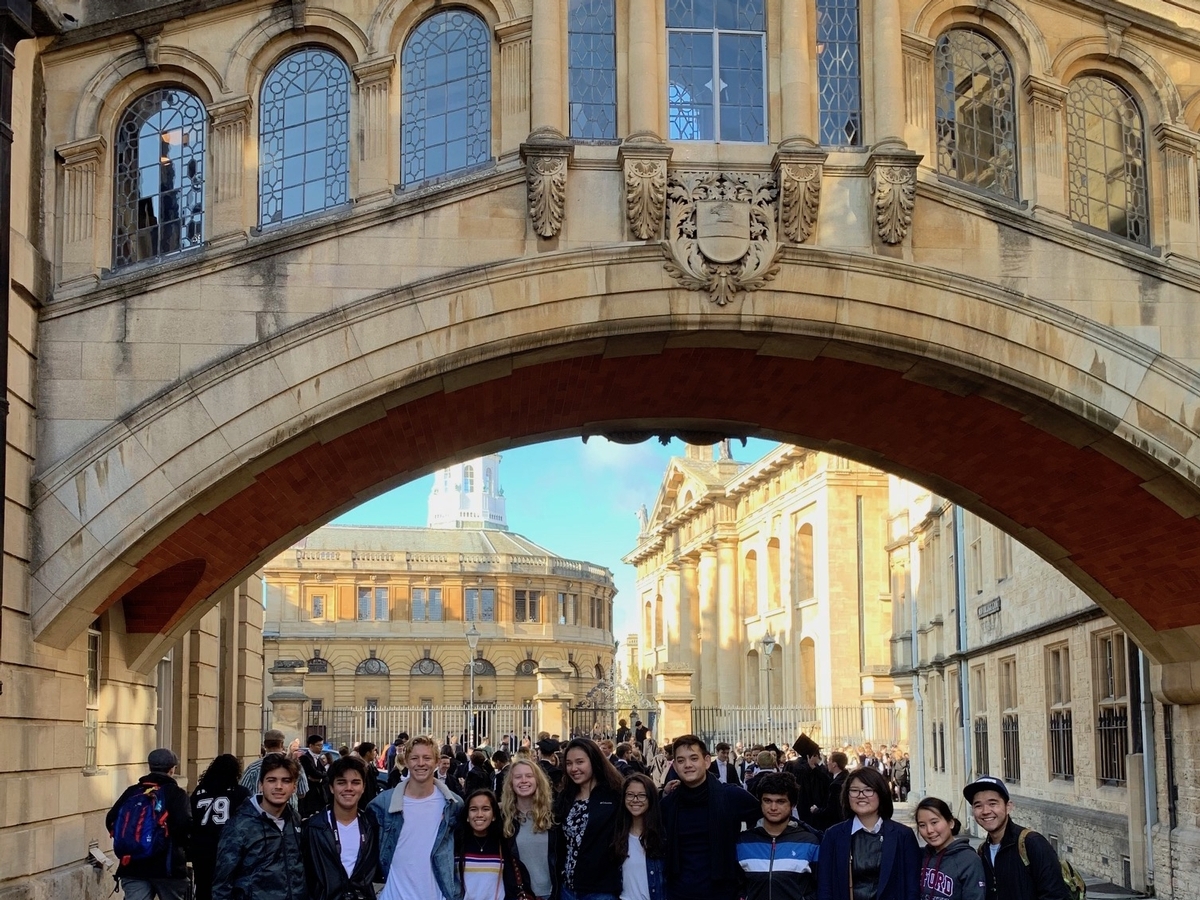 Writing and photos by David Rowe, TCS Head of School 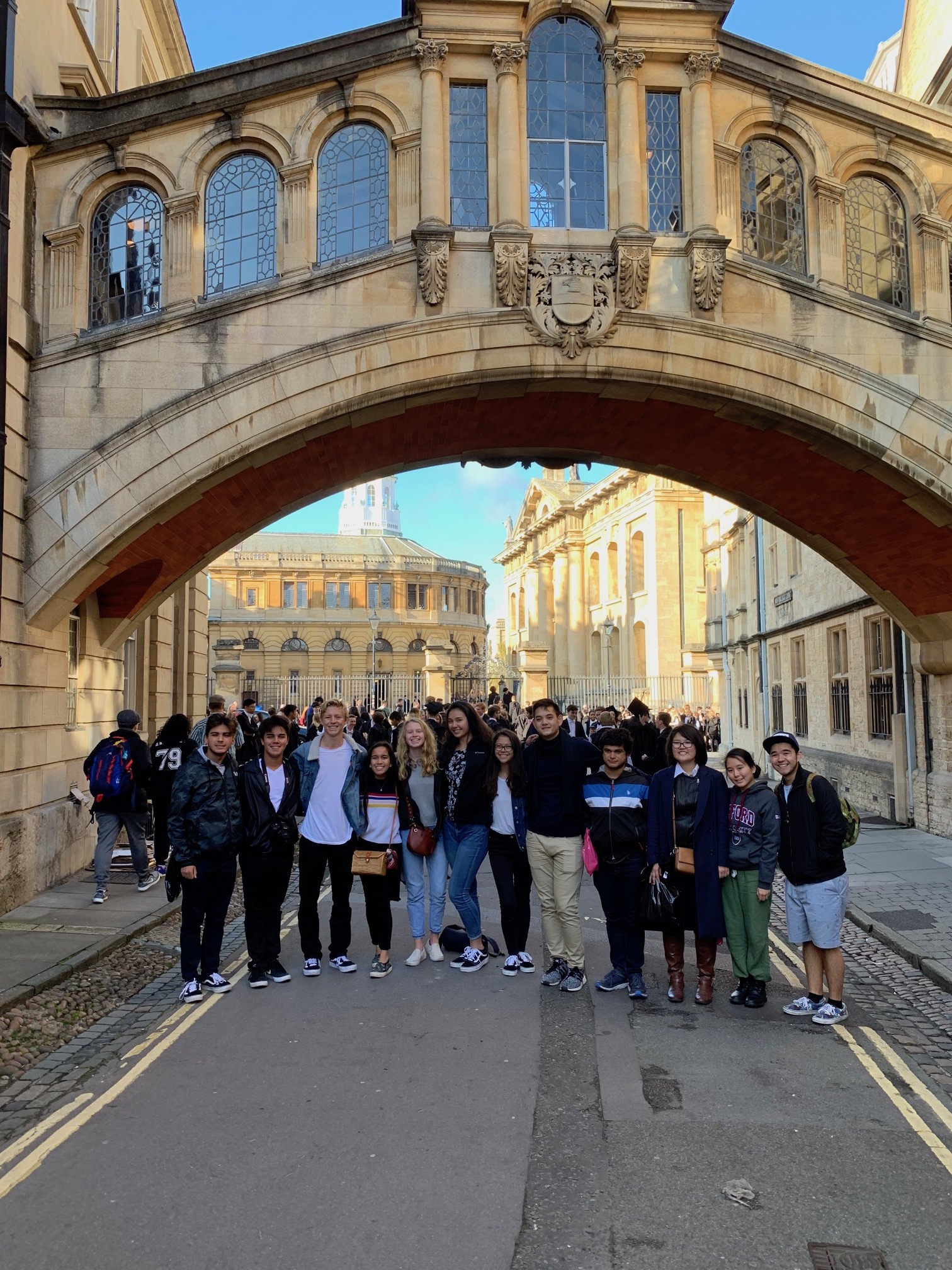 Imagine that you are visiting Oxford University where C.S. Lewis, J.R.R. Tolkein and other members of the informal Inklings group once lived and worked. Imagine, too, that there is snow on the ground around the lamppost, rather than the bare concrete we saw today. Imagine further that a doorway right nearby sports an engraved picture of a lion and a figurative fawn carving on both sides of the door, as seen in the second picture. 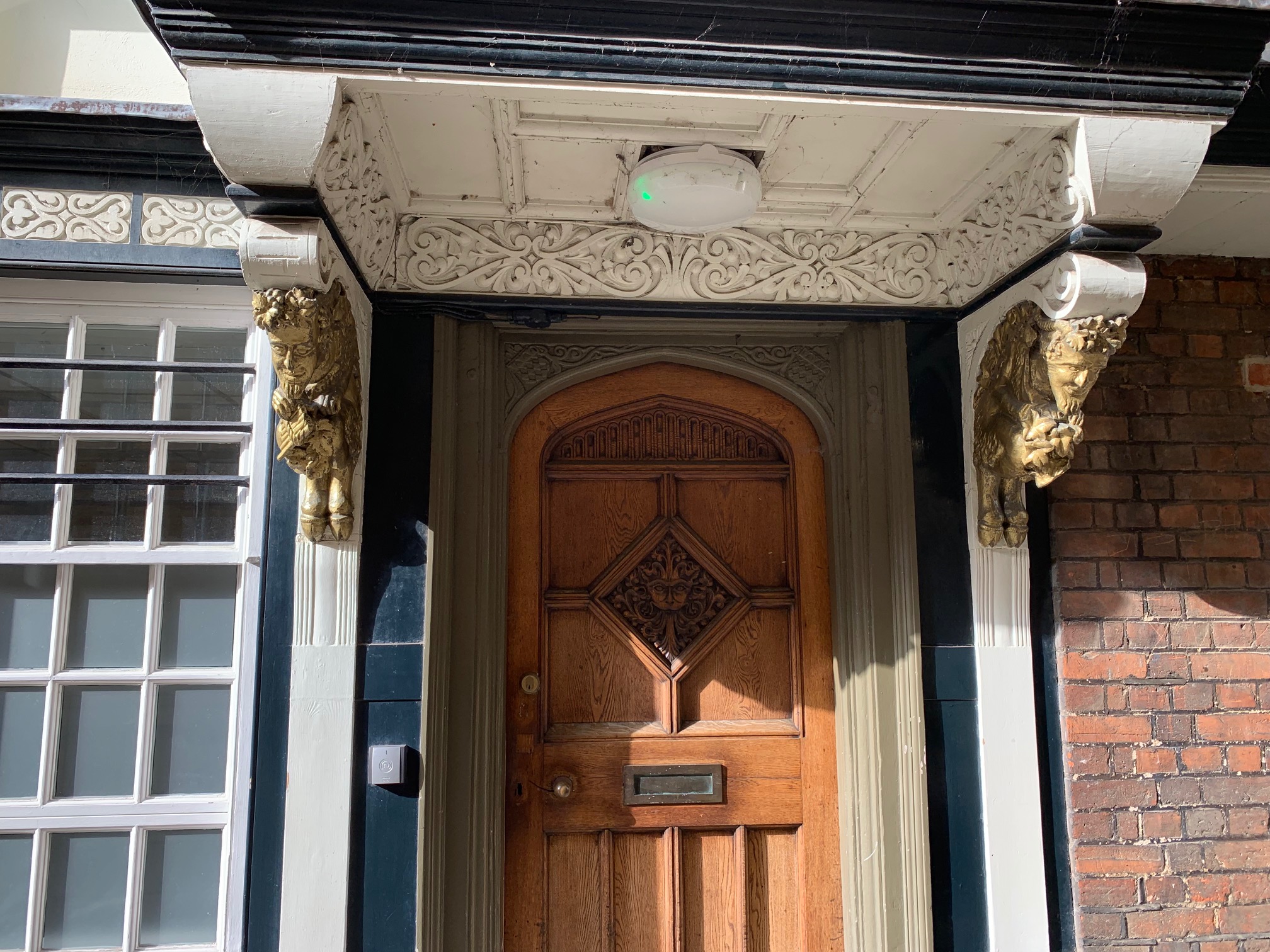 These fascinating details, and this flight of imagination, were provided to us today by our local Oxford guide who conducted our tour with her son, an Oxford student himself. Both she and her son were immensely helpful in pointing out things, providing information, and stimulating our imagination in ways that we would have otherwise been unable to attain. 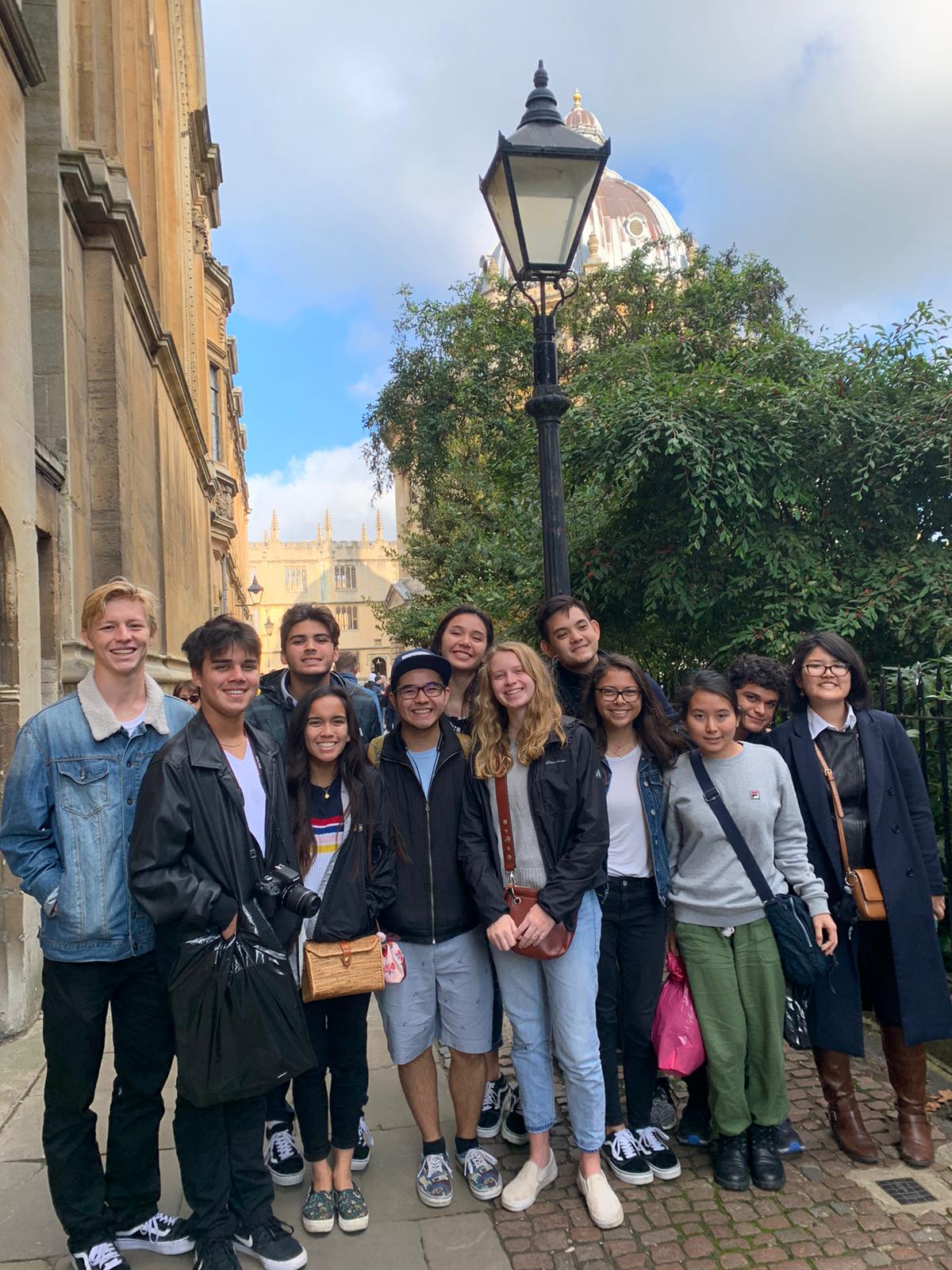 Later in the day we had a second guide at Lewis's home, The Kilns, who provided us with a great deal of information from his work as an authority on C.S. Lewis. At least one of our students purchased his book.

Throughout the Grand Tour, such local guides have been an invaluable aide in the process of entering into history, culture, language, and context of the places we have visited. Beginning with our guide in Greece, through our time in Italy, France, and England, each one has shared their knowledge and their passion for the places we visit. They have provided a depth of understanding that we would have otherwise missed in our travels, just as we would have almost certainly passed by the Oxford lamppost without noticing it. 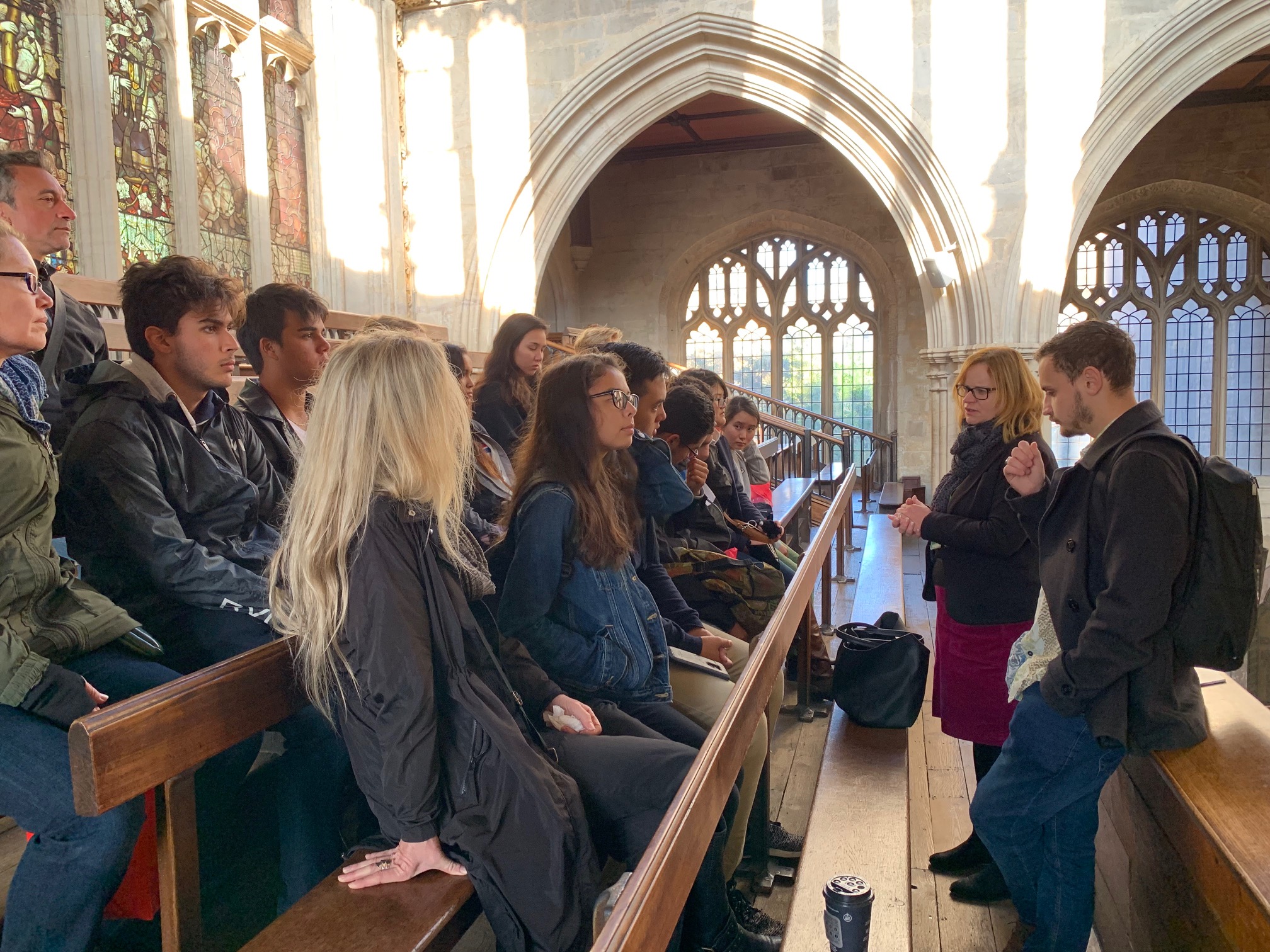 Did this little out-of-the-way place figure somehow in Lewis’s own imagination as he wrote The Lion, the Witch, and the Wardrobe? We can't know for sure but our guide certainty helped us think more creatively and pointedly; it seems only fitting, then, to recognize them as we prepare to return home, enriched by our experiences and thankful to God for the opportunity to enjoy a once in a lifetime Grand Tour. 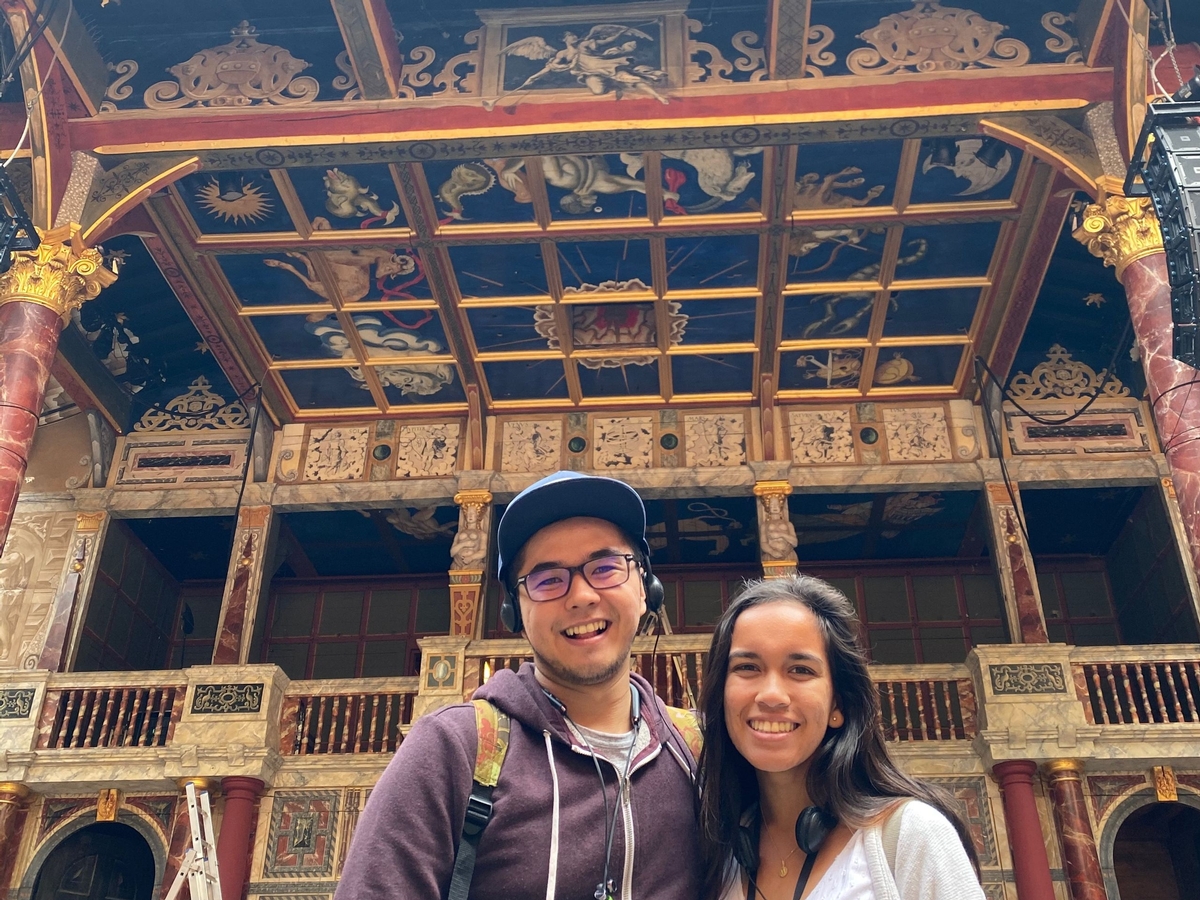 Writing and Photos by Taylor '20

Today we rose early to pack and prepare for the full day ahead of us. Following a delicious breakfast, we departed for the Tower of London.

Once again, we boarded the double-decker bus at the stop right outside our hotel and rode it all the way to Bakerloo station where we shoved our way into the tube. The morning crowd of commuters, compounded by the closure of one of the major train lines, left us with barely any room to maneuver. After several transfers, we arrived at the Tower and began exploring. 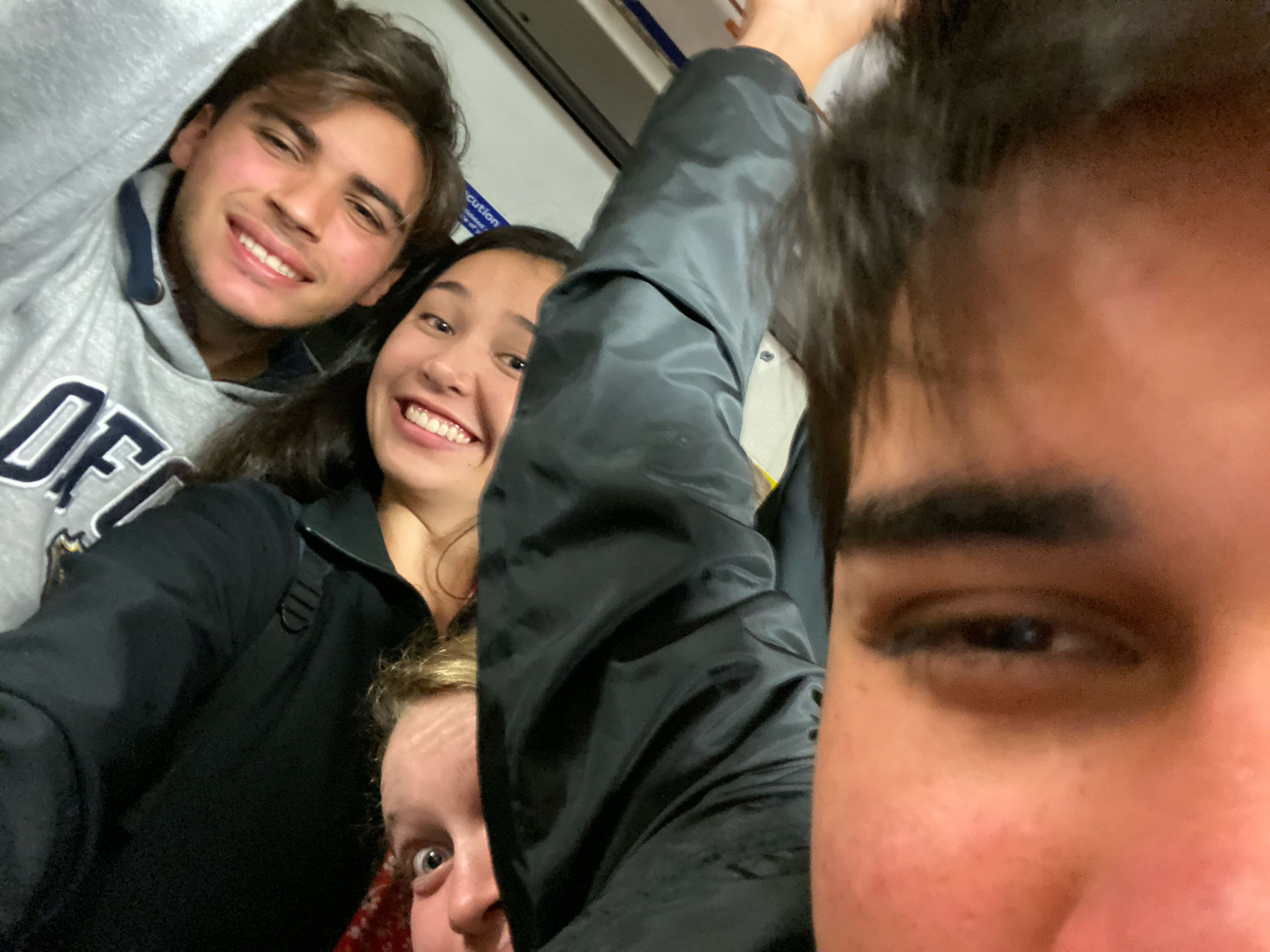 Here, we walked through the Bloody Gate and learned about the torture of prisoners held there, but the highlight of our experience here was most definitely the Crown Jewels exhibit. It was such an incredible experience to be within feet of the adornments used in the coronations of British kings and queens. Although no photographs were allowed, the overwhelming beauty of these pieces will surely leave a lasting impression on our hearts and minds. Next, we crossed the Tower Bridge to reach Borough Market, where we stopped for lunch. The market overflowed with various foods and pastries from every country imaginable. With our stomachs filled, we walked to the Shakespeare Globe Theatre. 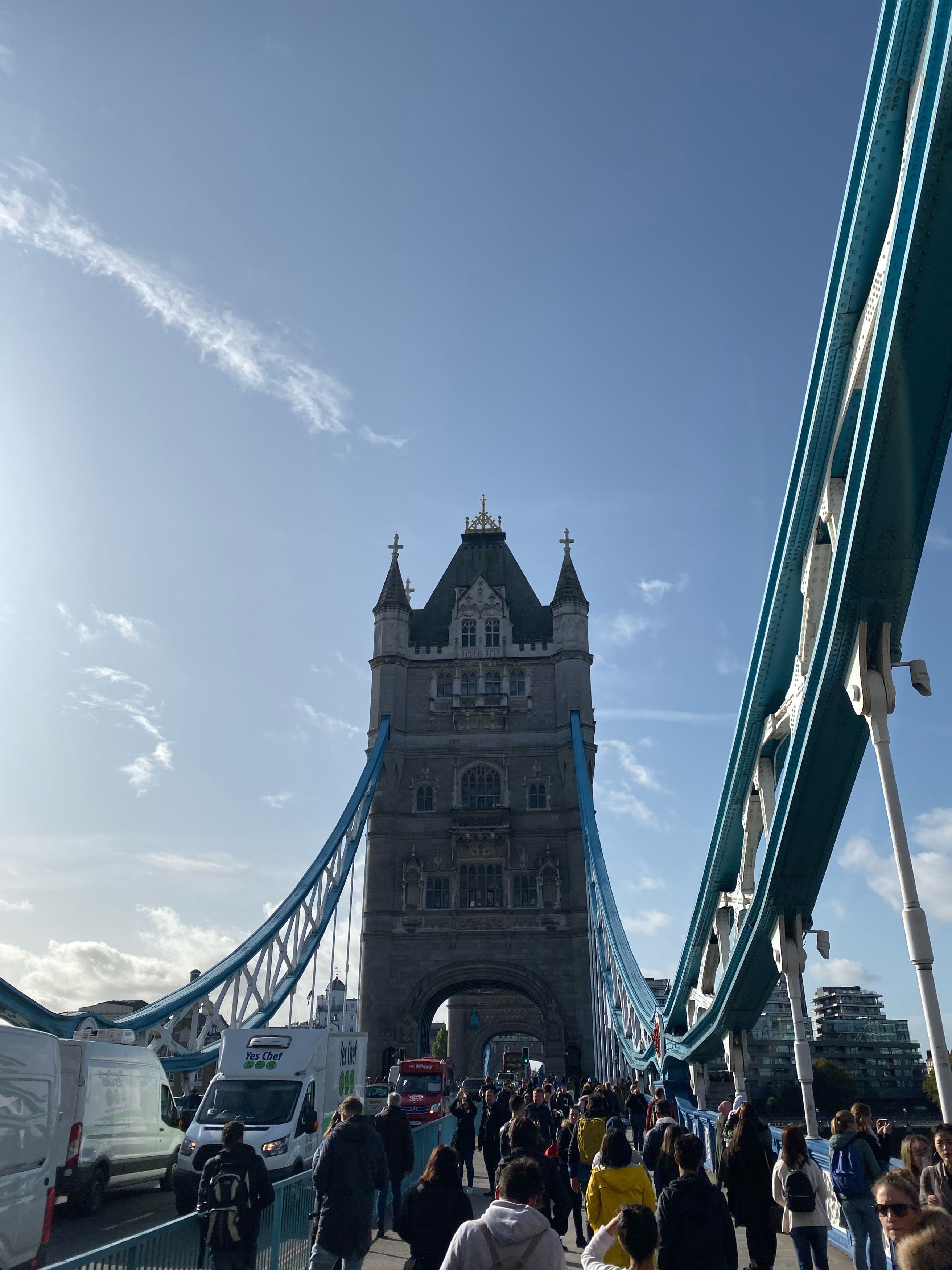 The original structure, as well as the first reconstruction, were destroyed, so the current theatre we toured is actually the second reconstruction. Nevertheless, sitting in the wooden bench seats gave us a quick glimpse into the life of an original Shakespeare fan. 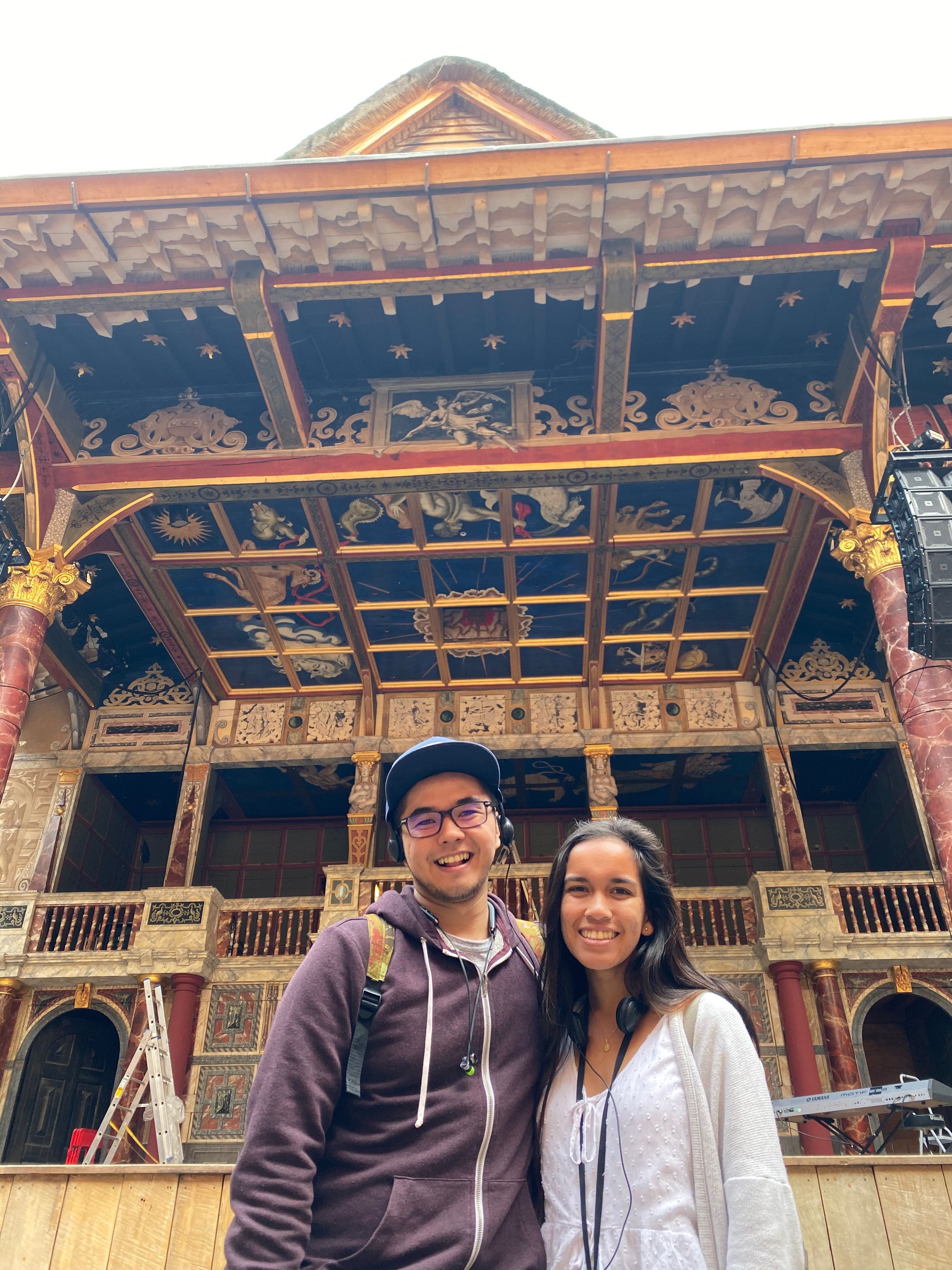 Our final stop before dinner was the British Museum where, among other artifacts, we saw the famous Rosetta Stone. For dinner, we ate a restaurant downtown where we celebrated Matt’s golden birthday—18 years old on the 18th of October! To cap off the evening, we attended an exhilarating performance of Phantom of the Opera. The beautiful singing, spectacular acting, and thrilling special effects culminated in an overall amazing experience. Tomorrow marks our last day in London to wrap up our incredible journey through Europe, see you all very soon! 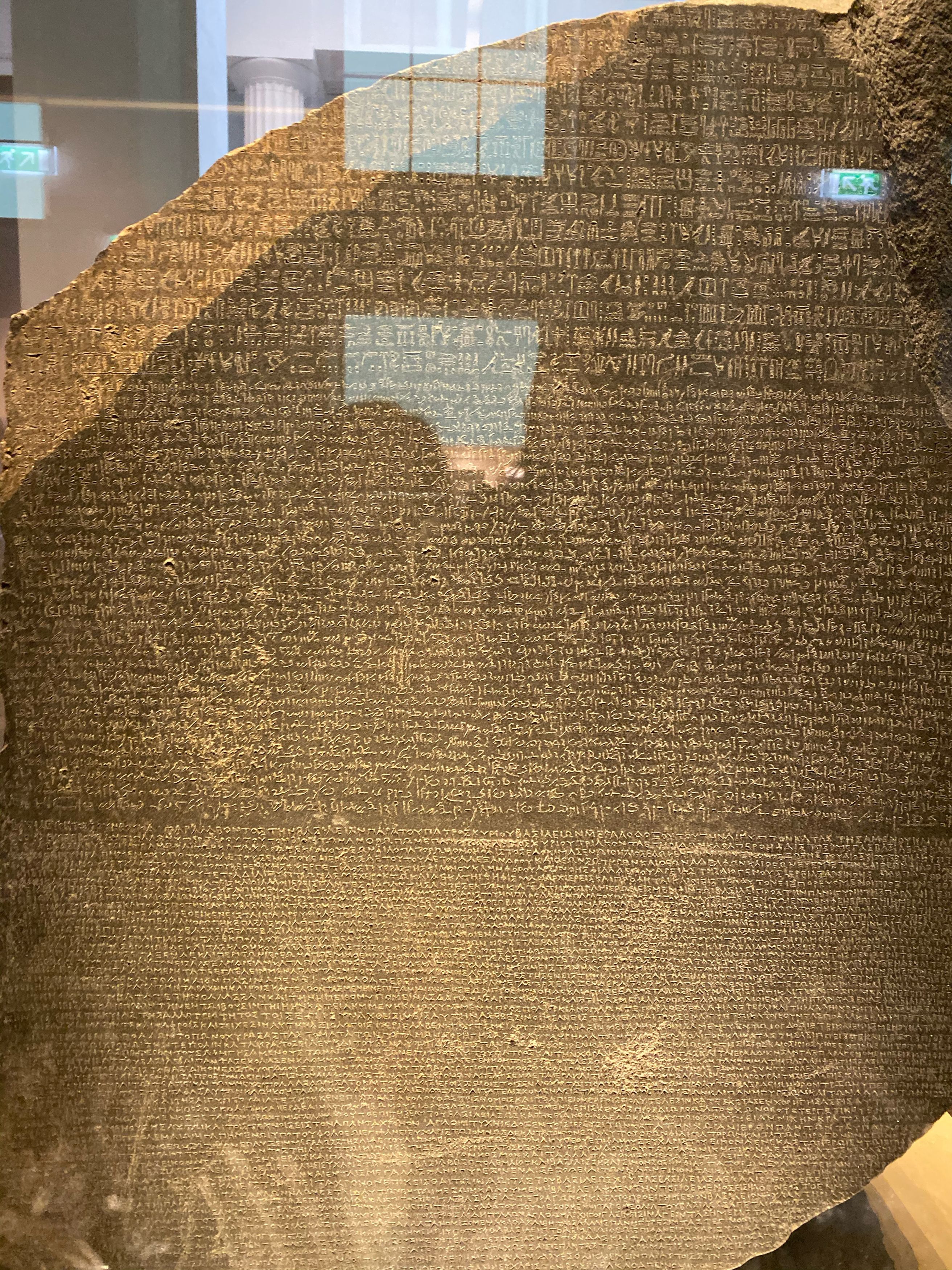 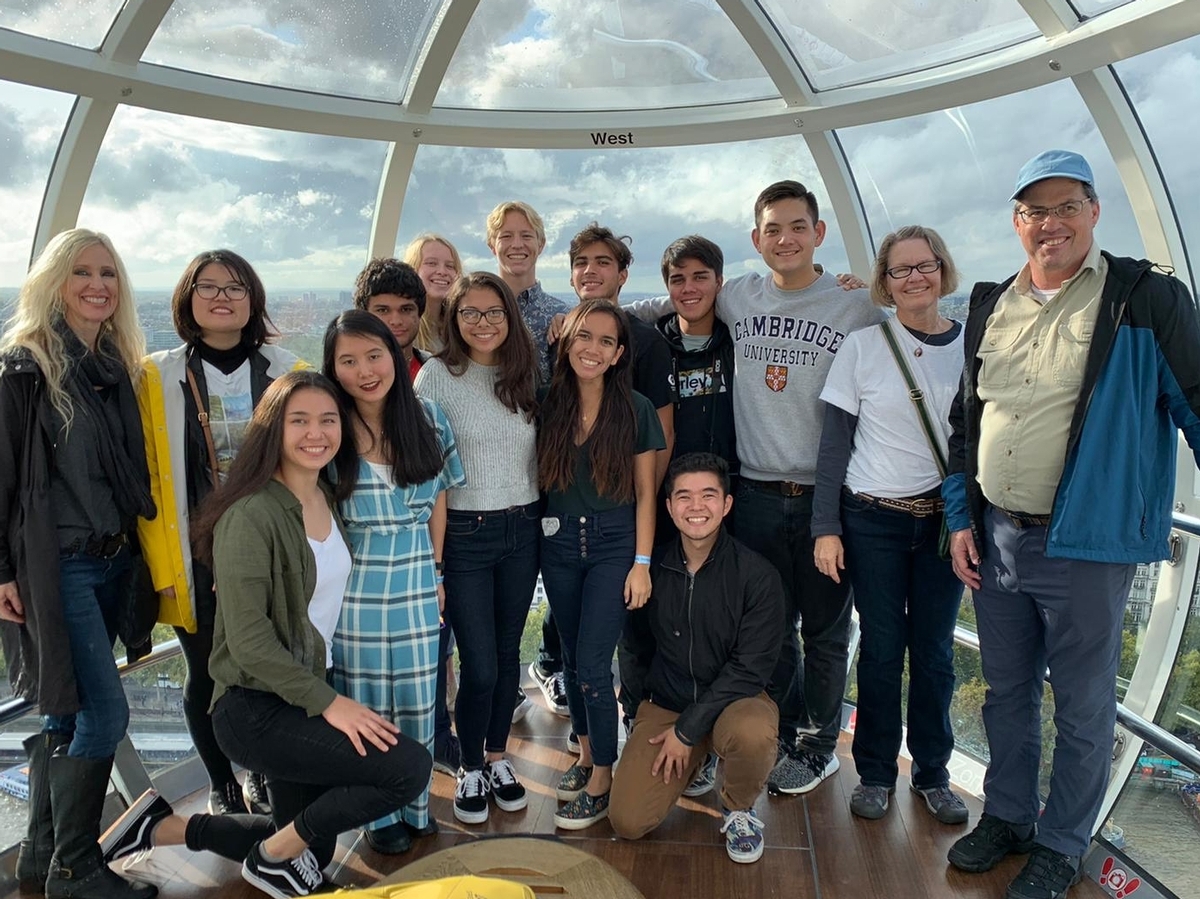 Writing and photos by Brandon Lawrence 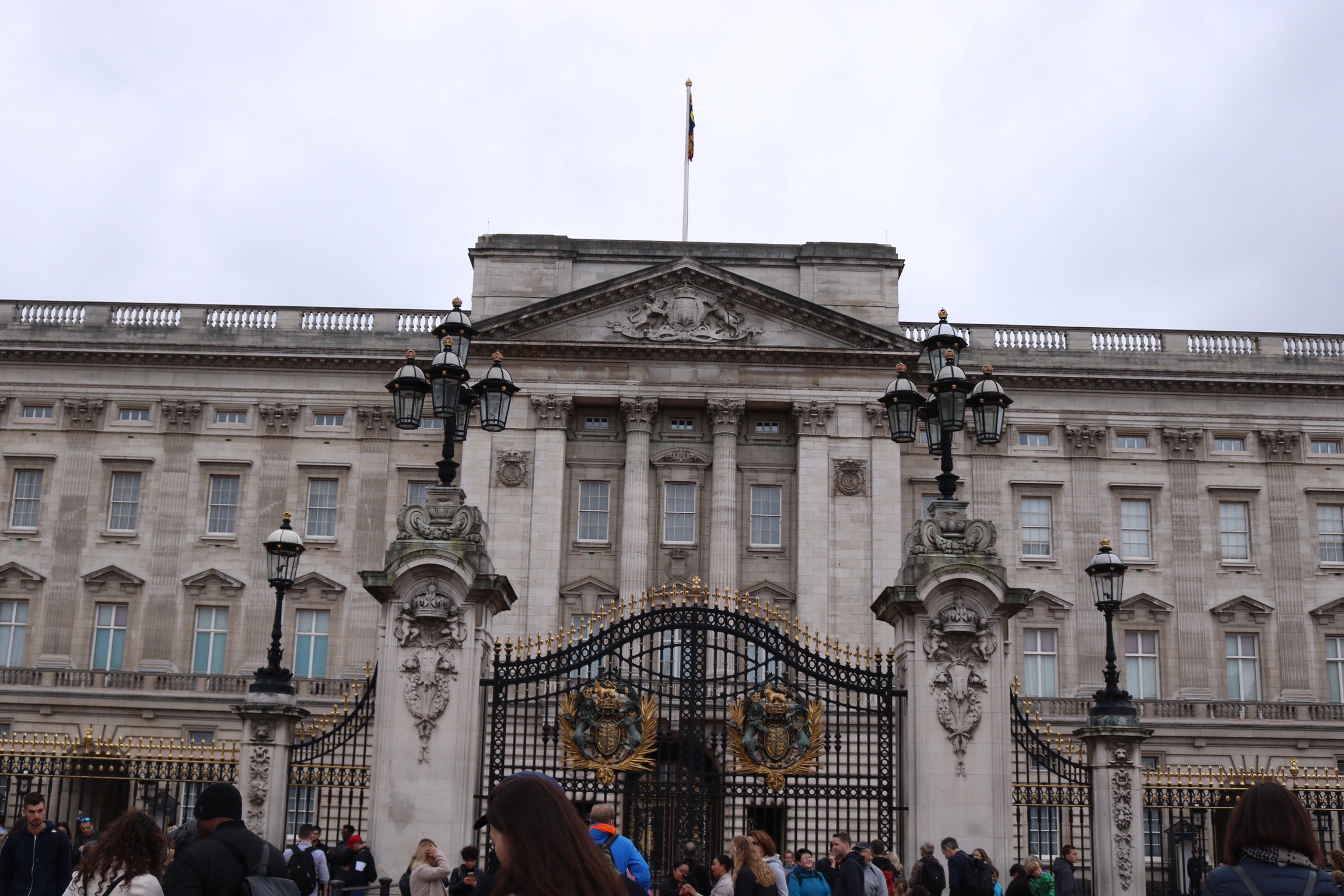 Today, we were given the best gift possible, we slept in! When we awoke from our sleep we had an amazing English breakfast. After breakfast we started the day by meeting our tour guide Keith and made our way around London on a tour bus. As we drove around we made quick stops at several places. One of those places being the iconic abbey road where the Beatles produced their album Abbey Road and we even got to recreate the classic album cover. 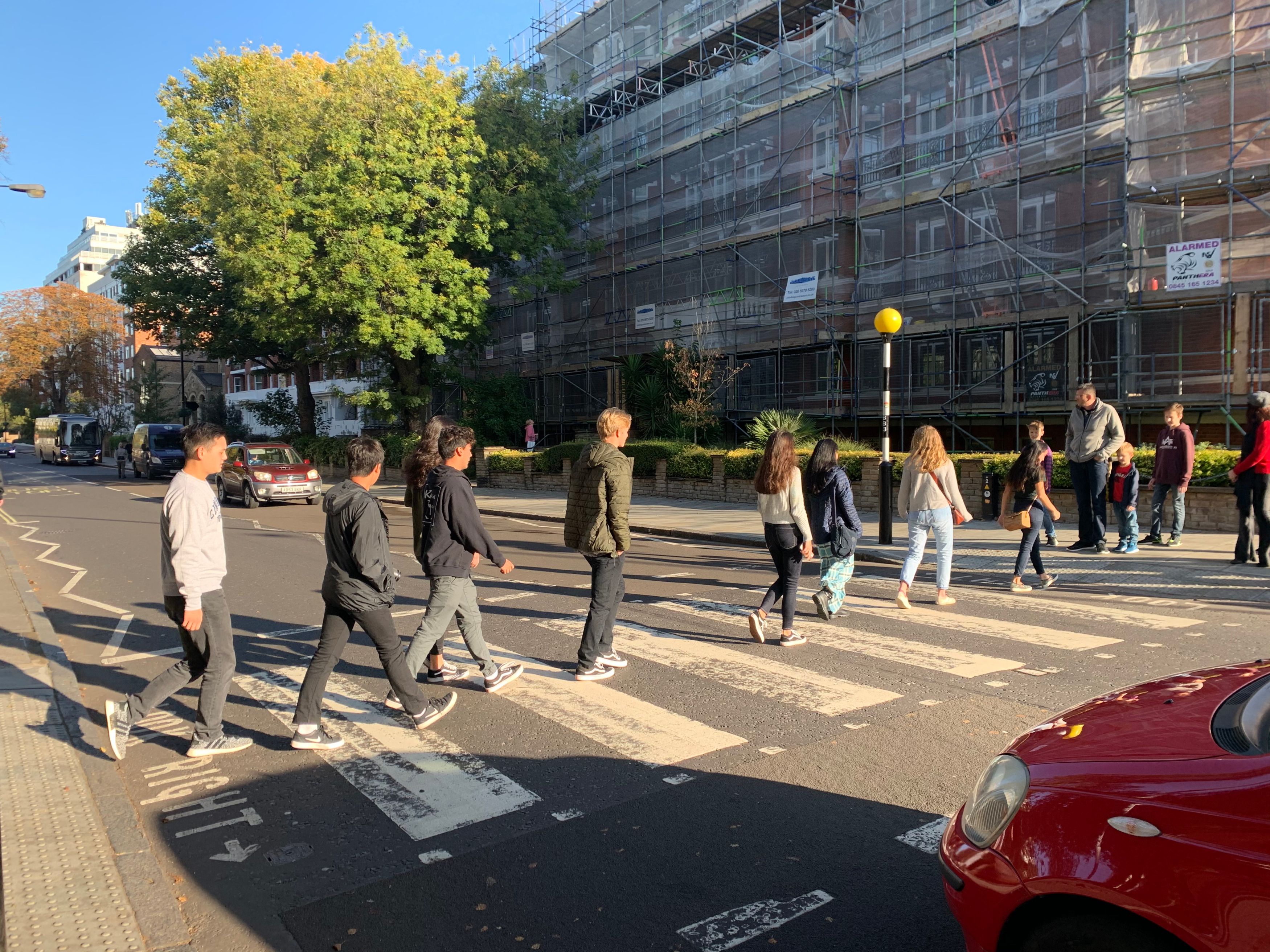 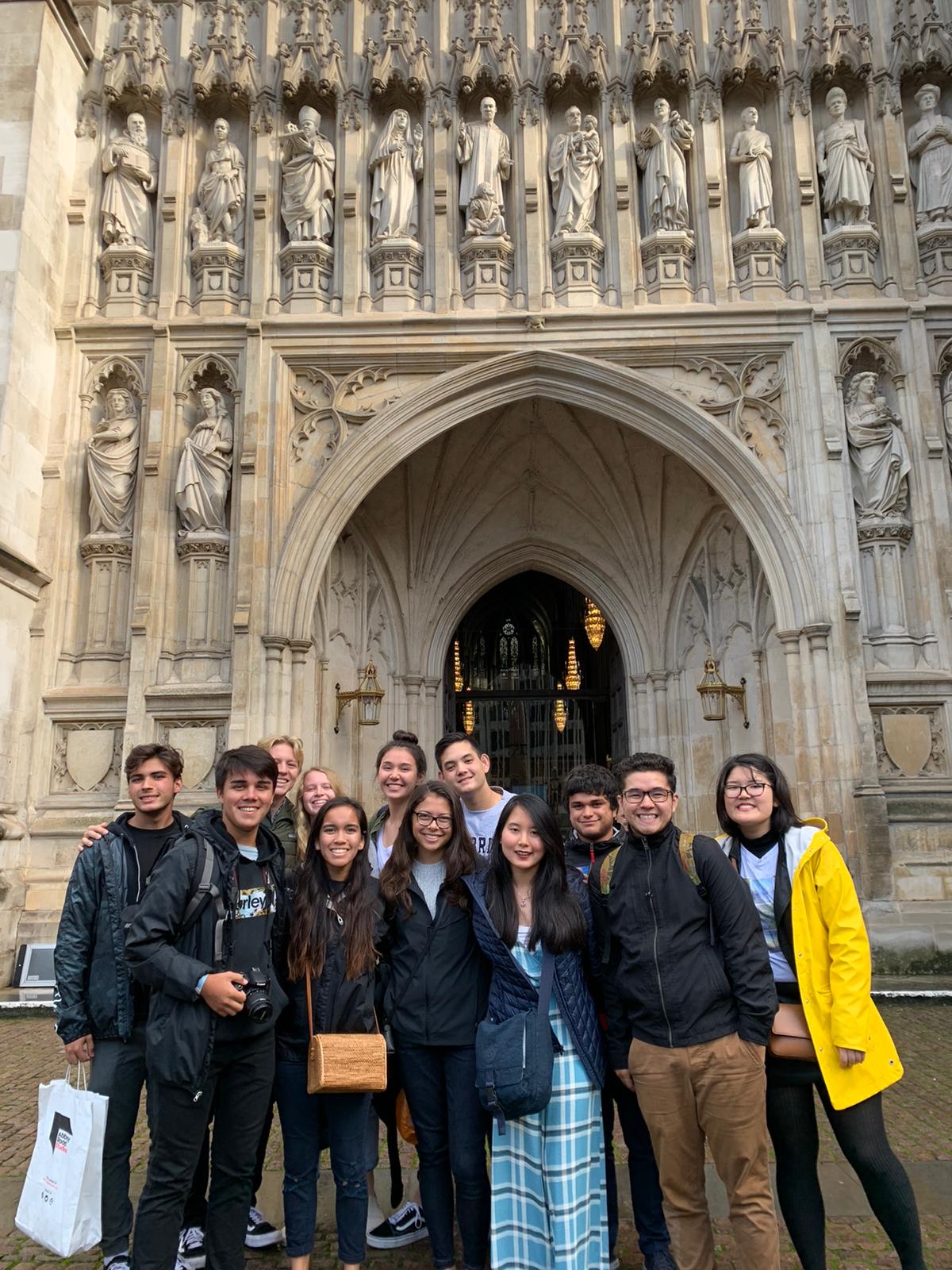 After lunch we went to the Westminster Abbey, which is a well renowned church. The most shocking part about this church are the tombs of the people inside. Inside we saw the burial place of Charles Darwin, Stephen Hawking, Nelson Mandela, Winston Churchill, famous English royalty like Bloody Mary, etc. When we finished at Westminster Abbey we began our walk to the London Eye, which is one of the most famous rides that overlooks nearly all of London. To finish off the day, we returned to Westminster Abbey and attended a church service with a near perfect choir and a perfect end to the day. 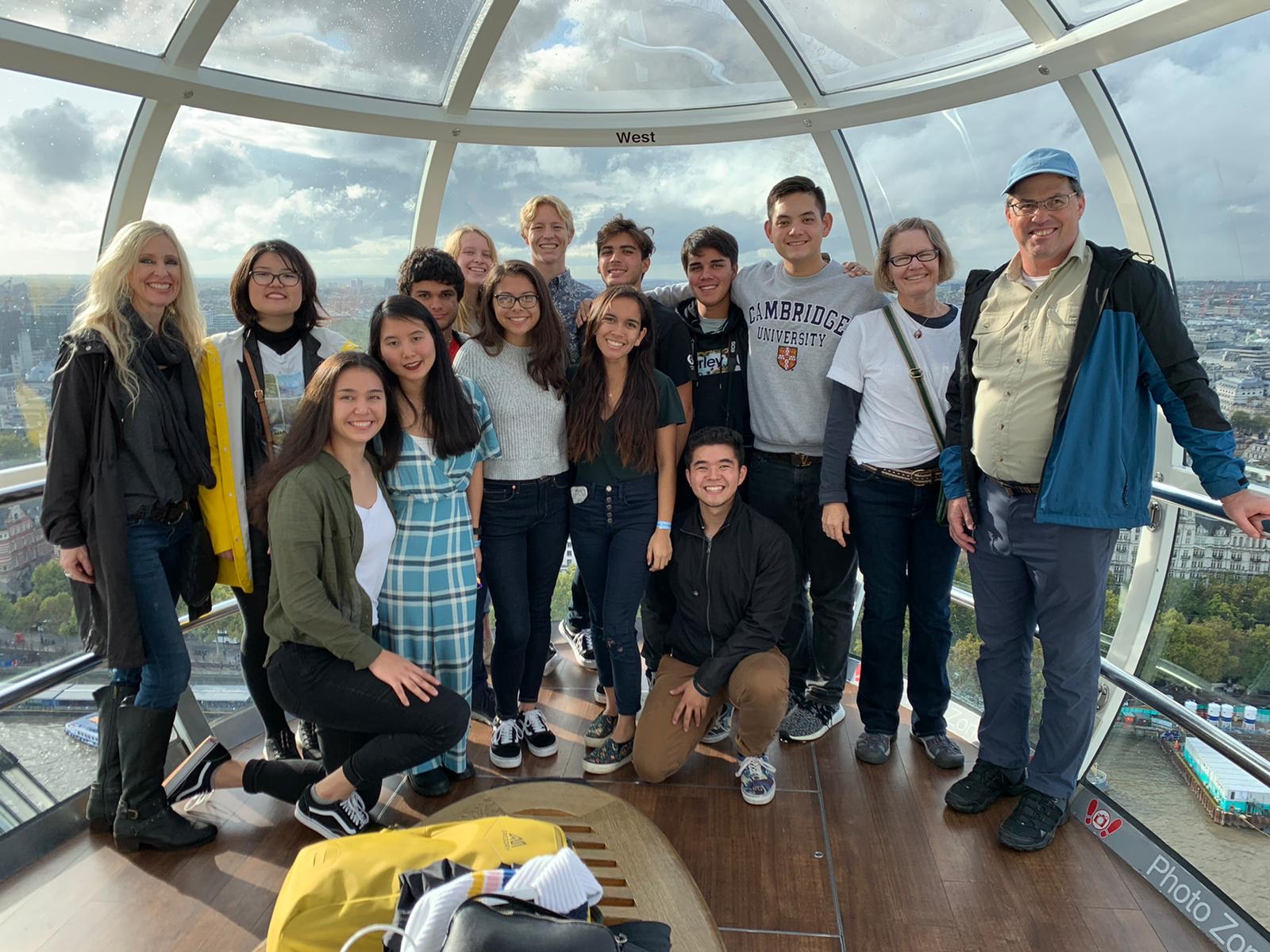 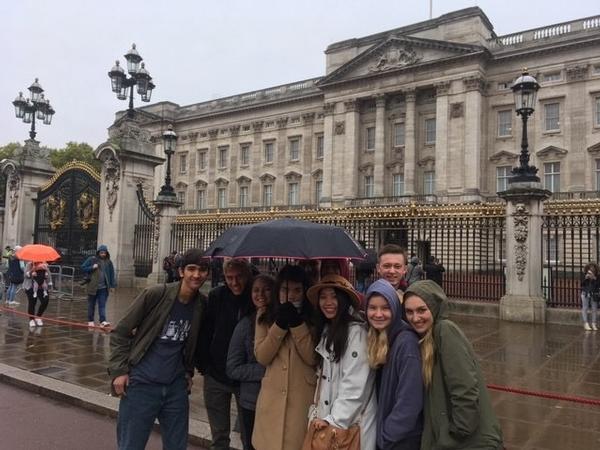 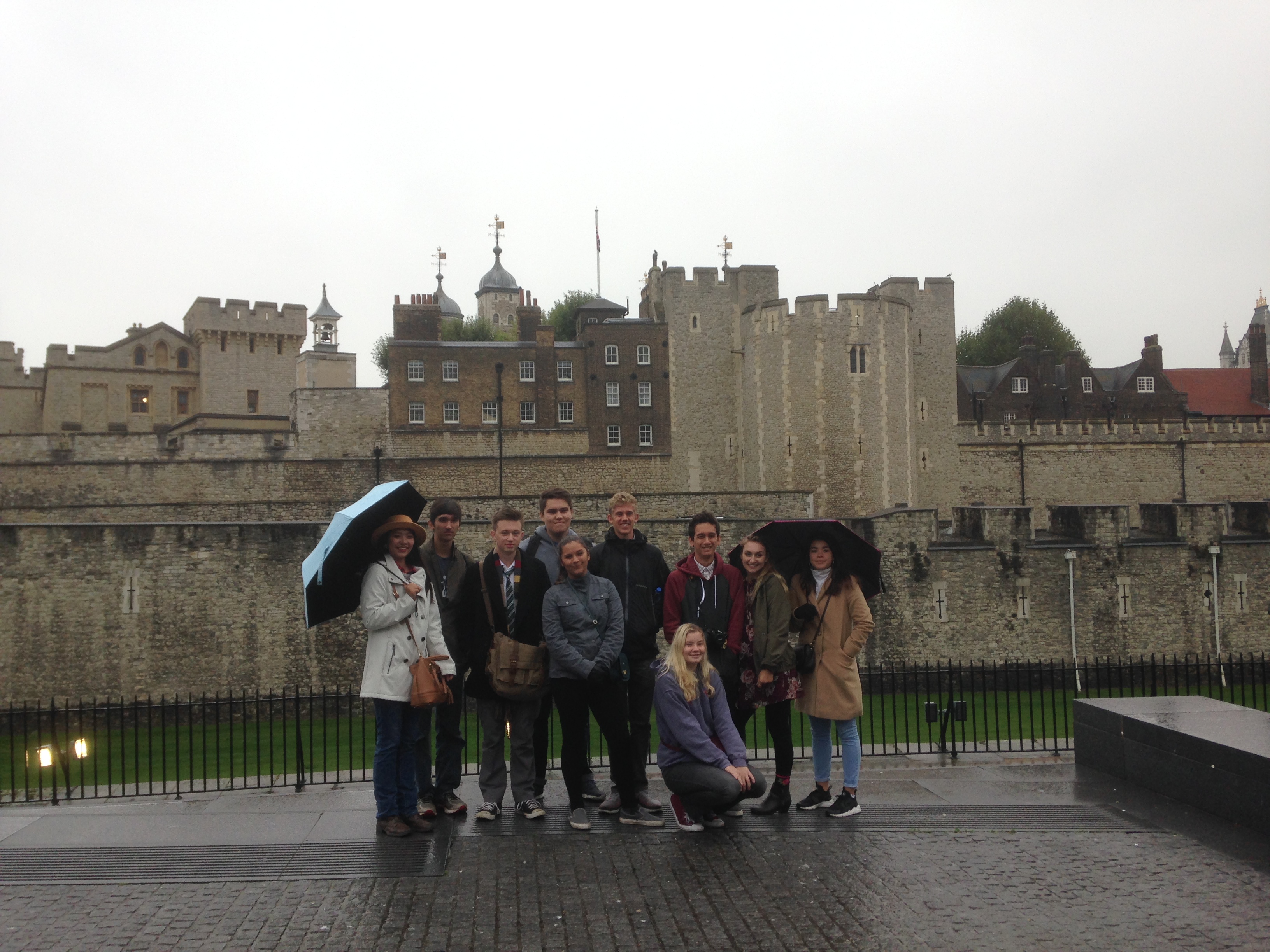 Writing and Photos by Kai Glorioso

What an amazing final day we had! Today, we toured the wonderful, busy, and cloudy city of London. We briefly saw various parts of London (including Buckingham Palace). Then we toured the Tower of London, the Churchill War Rooms, and finished our day by watching the play Les Miserables.

The Tower of London isn't much of a tower, but more so a castle. It was once the home of the monarchy, and eventually became the prison that it is often remembered as. Today, it is both a museum and a showcase of the royal jewels, including Queen Elizabeth's special crown. 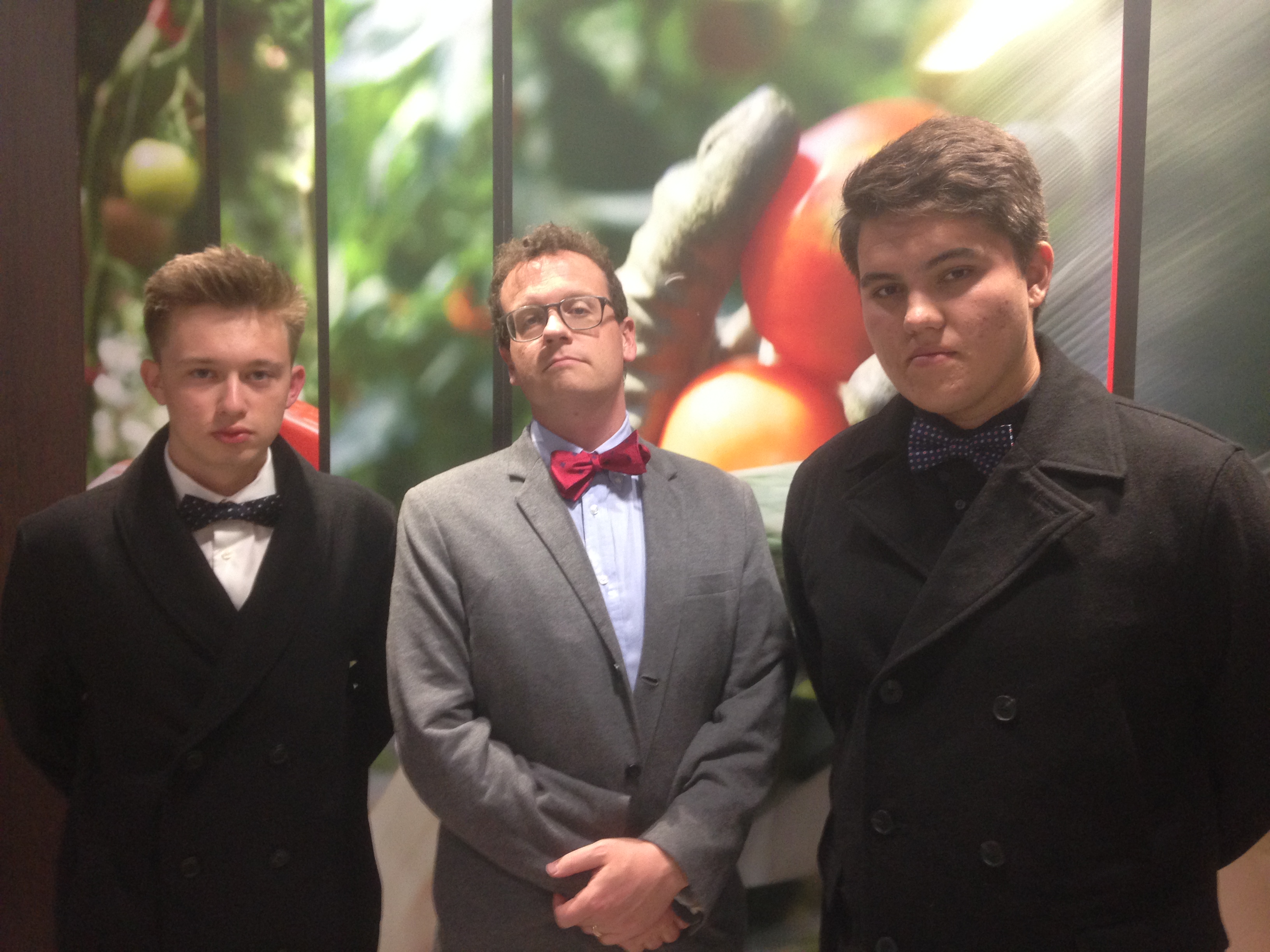 The Churchill War Rooms are very different. Whereas the Tower of London is centered on medieval and monarchical splendor, the War Rooms focus on the stressful situation that the British government faced during WWII. The life and virtues of Prime Minister Winston Churchill are displayed in incredible depth, as well as the struggles he and his cabinet underwent to ensure that Britain would not fall to Nazi Germany. 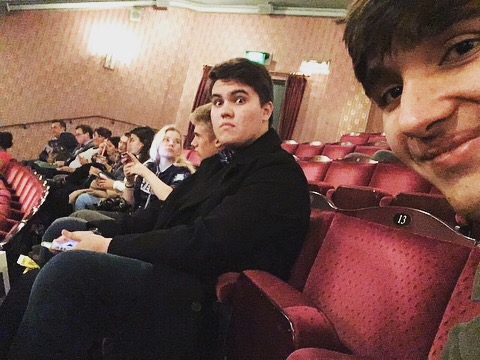 After some shopping and eating, we finished not only our day in London, but our Grand Tour with a live performance of the famous Les Miserables. The actors were top notch, and the entire show was heart-wrenching. It was better than any of us could have asked for, and it is something that none of us will forget! 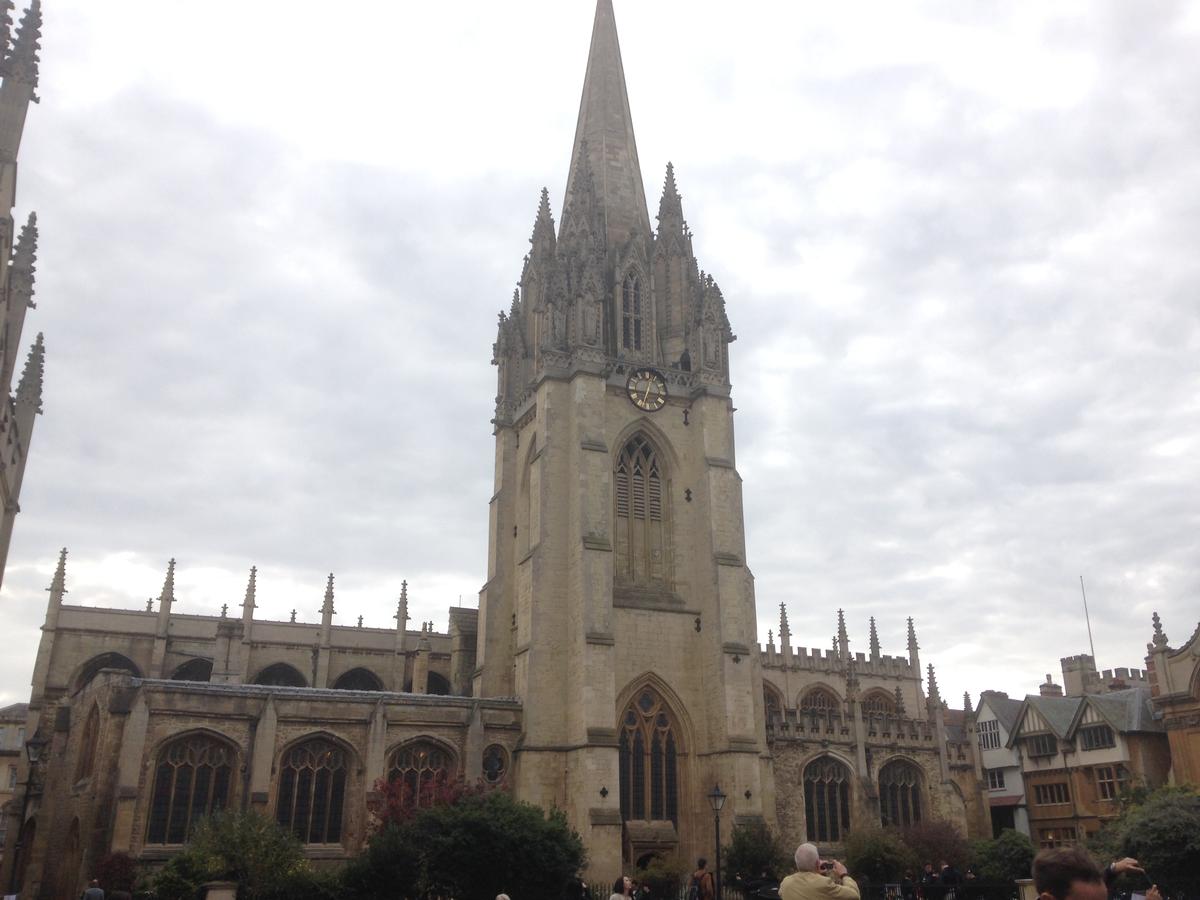 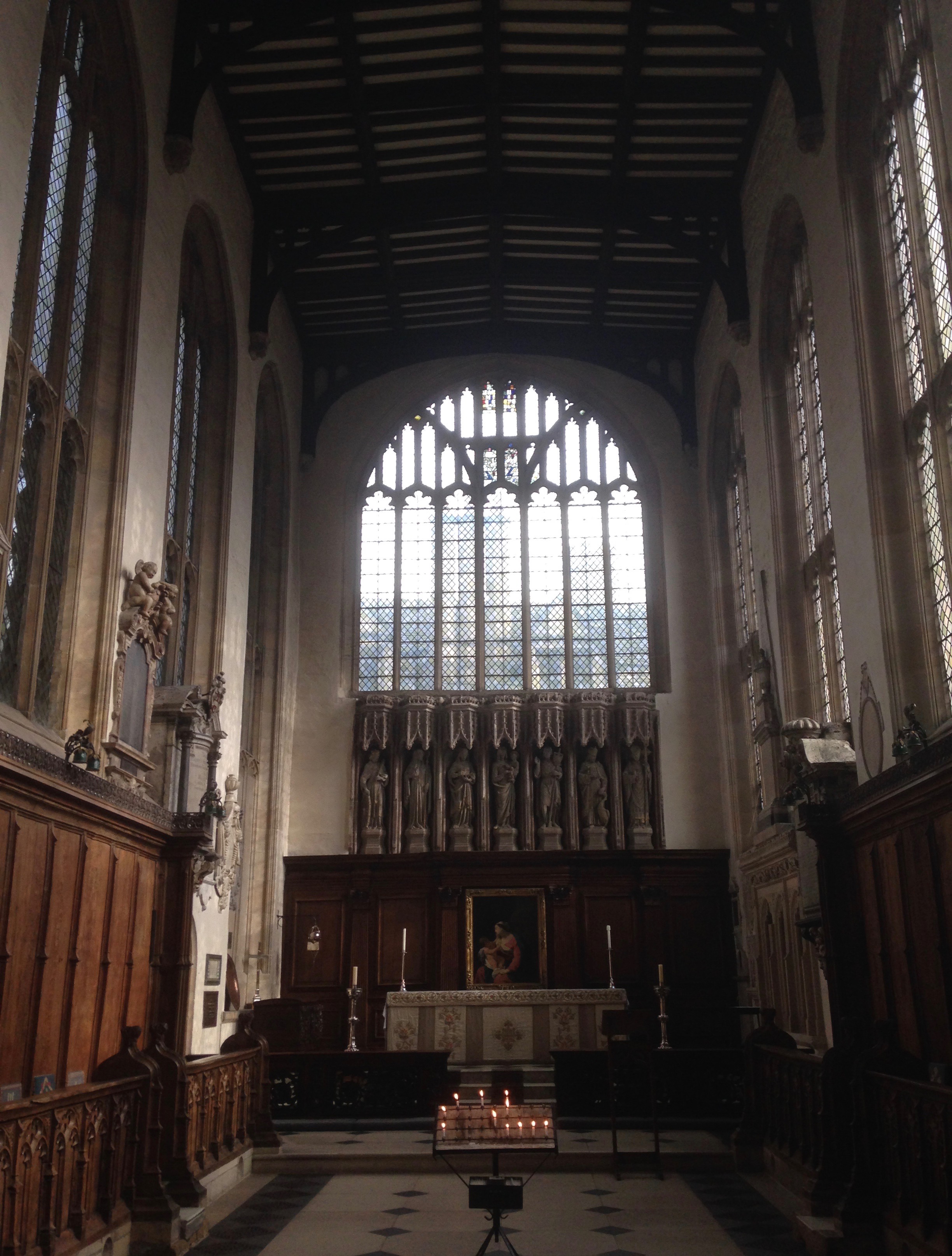 Well... our first full day in the U.K. was quite the experience. The beginning of yet another day of the wild and zaney adventures of the Class of 2018, our chaperones, teachers, and our guide Cosimo began early this morning. The "crew" as it were boarded a medium size Mercedes passenger van driven by a wonderful Englishman by the name of Michael and delivered us safety after a two hour trip to Oxfordshire.

Now when I was roused from my rather melancholy session of staring out the window and lookin' meaningful and deep in thought I was puzzled to find that we were in a suburban neighborhood and when I questioned my compatriots as to why we were parked here I was rather excited to find that this was the residence of a man by the name of Clive Staples Lewis, better known as C.S Lewis. The tour of his abode was and insightful look into how he came up with the ideas of such fantastical fantasy and science fiction from the rather normal daily life he and those in his household lived; it just goes to show how insanely brilliant he was. 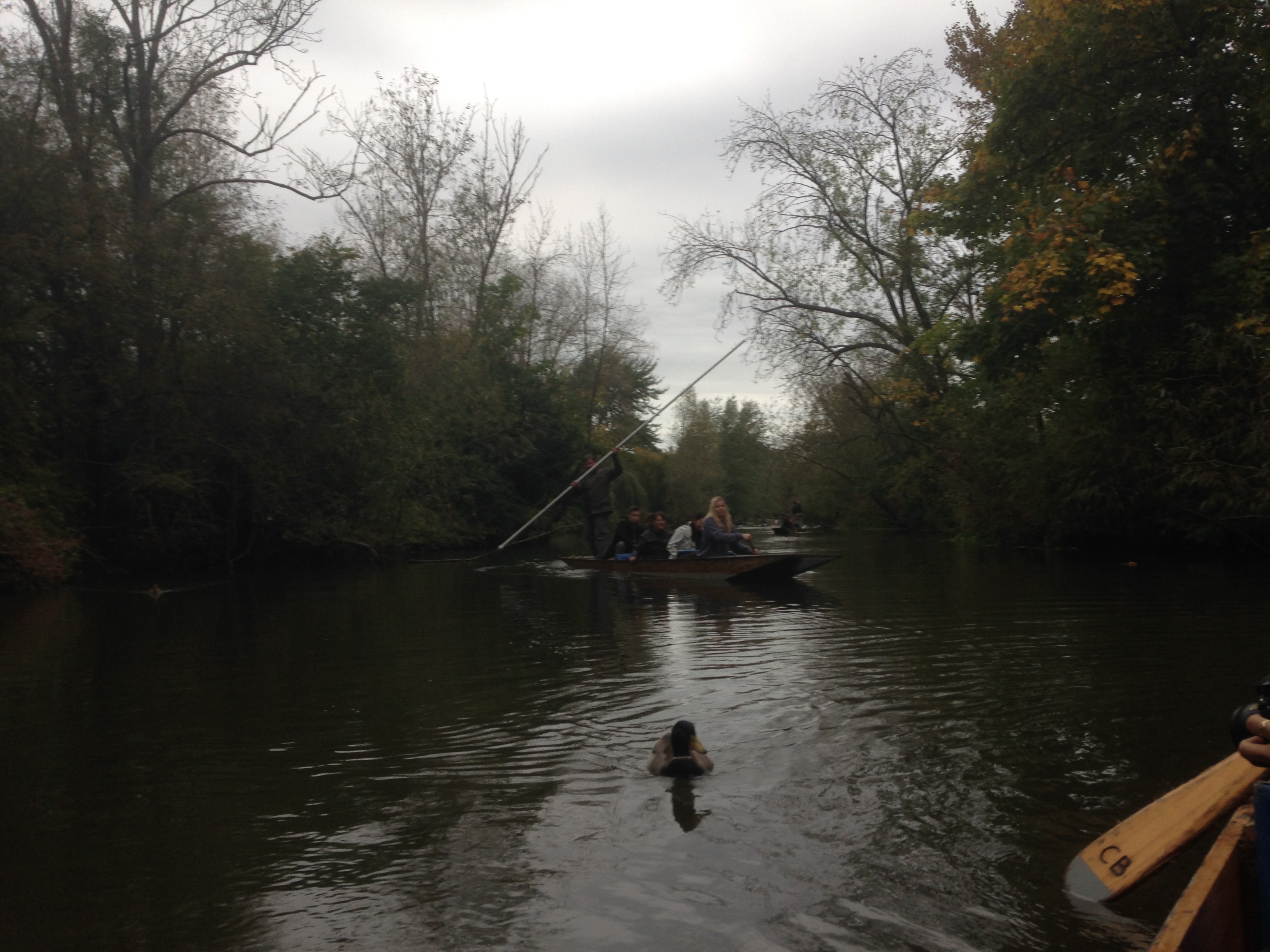 After the tour we hopped back on the bus and headed to the famed Oxford University. Being there made me feel less intelligent by the minute, though in the best way possible, as we learned more and more about the university and all the distinguished persons who had attended it. I was astonished that I was here in the alma mater of so many titans of literature and philosophy. Another thrilling experience we had was having lunch at the Eagle and Child pub which is famed for being the meeting place of the Inklings, a group of Christian writers, its members including JRR Tolkien and Lewis. I can now proudly say that I have had fish and chips in England now, so that's a plus. 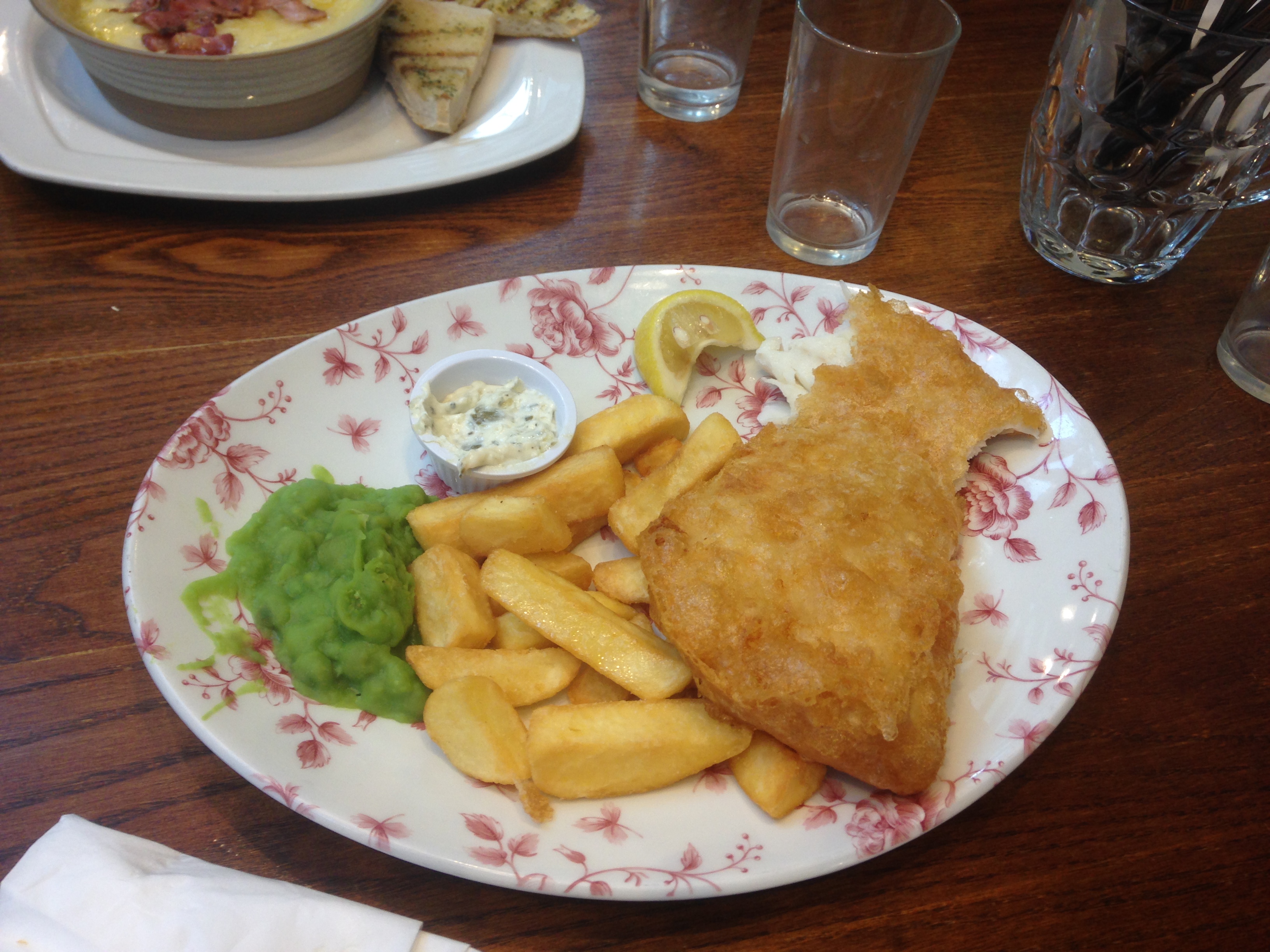 Then we did a little thing called punting. Now punting sounds fun  but if you're the one moving the boat along then it's more of a struggle. "Luckily" for us, no one fell in. After departing Oxford, or, its original name, Oxenford, we bussed back to London and had a rather nice Indian dinner and then were released for the night to the confines of our hotel rooms from where I am writing this in bed. Well it's now twelve thirty and I must get some sleep so with out any further filler this is Nick Durston saying good night... or good morning since it's technically... ah nevermind.

Photos from our annual Grand Tour trips. The senior students visit Athens, Corinth, Rome, the Vatican City, Pompeii, Florence, Paris, Normandy, London, and Oxford on a 16-day trip in October. All photos are property of our various students and teachers. For daily updates during the trip, follow our Facebook and Instagram accounts, @tcskailua.

Want to read about our previous classes in Europe? Visit our old blog here.