Coming Soon: The Importance of Being Earnest 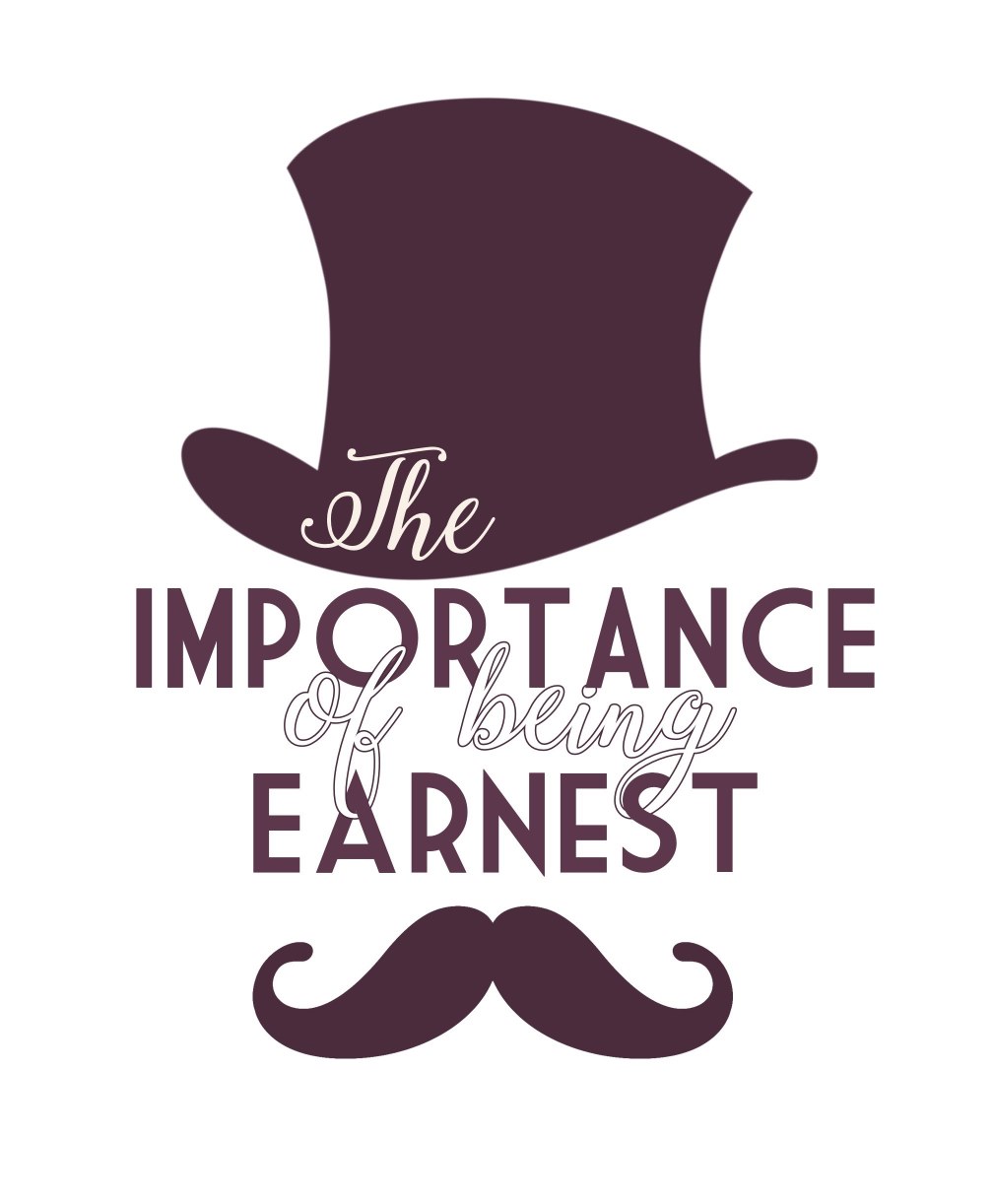 The Importance of Being Earnest, A Trivial Comedy for Serious People

Purchase tickets online or at the door. 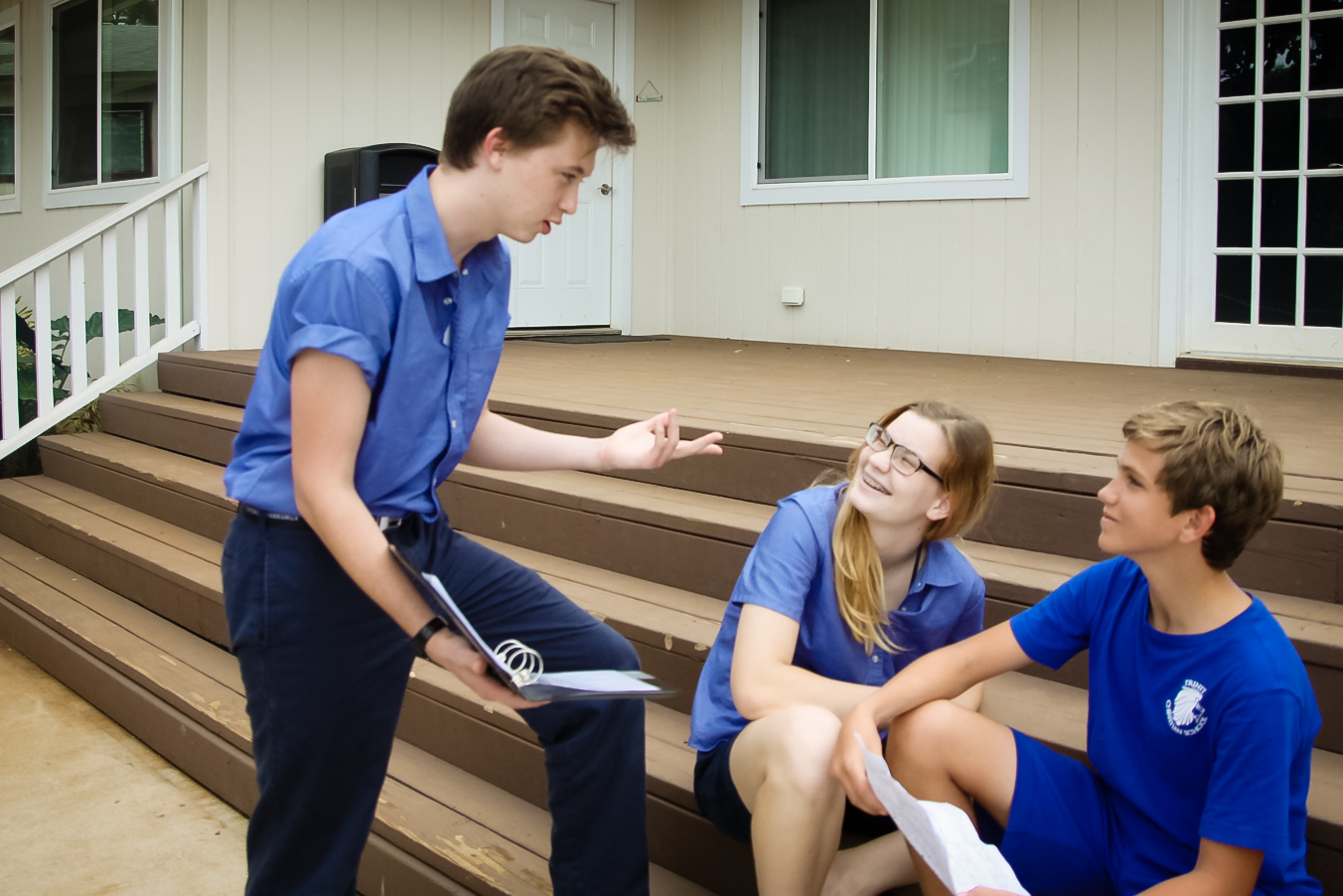 Let us entertain you with The Importance of Being Earnest.

Theatre is the portrayal on stage the truths of our world’s reality—beauty, pain, laughter, fear, heroism, foolishness, tragedy, and joy. Even if that portrayal is an absurd one, plays can reflect our humanity. Students of drama learn self-discipline, teamwork, physical movement and stage presence. Family and friends are given the chance to laugh or simply be moved in a way that only theater is able to bring about.

This Victorian play gently jests at the societal mores surrounding love and marriage at the end of the nineteenth century.  Our stellar cast embodies the characters with great charm, as we are taken into a story that shows just how silly people are. Add large hats, lots of muffins, and a happy ending, and you’re sure to love this play!

The Importance of Being Earnest first opened in London in 1895 and is considered the ultimate culmination of Oscar Wilde’s artistic career. The upper-class protagonist creates a fictitious alter-ego in order to escape his social obligations, but somehow ends up with more than he bargained for. Funny banter between the characters and improbable twists in the plot result in a preposterous story that is fun for the whole family. This popular work that has been continually revived and produced in movie form as well over the years.

Senior Sam Gilbert actually started his Drama career at Trinity as Algernon in The Importance of Being Earnest as an 8th grader. In this, his last high school play, Sam is Student Director and is masterfully portraying Algernon one last time. It has been truly wonderful to watch Sam hone his craft and grow into such a passionate and dedicated actor. His physical acting skills, attention to detail and ability to represent complex human emotion make him a brilliant example to the younger thespians.  Sam has starred in Trinity plays for five years, and we will miss his talented portrayals once he is off to college. 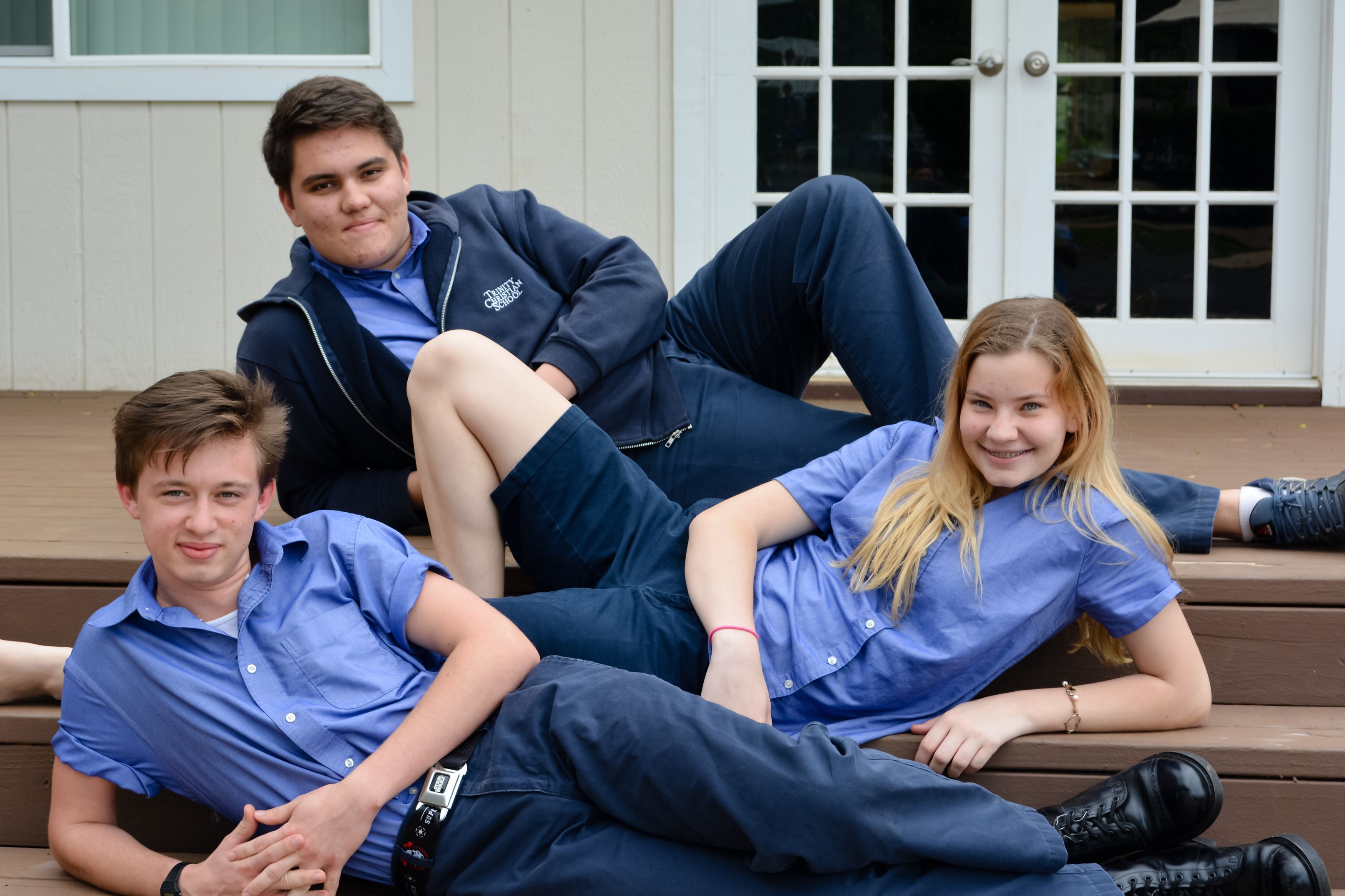 Senior Lenya Goda rounds out her time on the Trinity Stage portraying the frightening Lady Bracknell. This disapproving character throws a wrench into the love-lives of the protagonist and his betrothed. She starred in Pygmalion as Eliza last Fall, and over the last few years has played a British housewife, a Matchmaker, a Shakespearian servant and a grumpy old lady. She again plays that role masterfully as wrinkles will once again adorn her face in Earnest.

Our brave Middle School cast members Luke Dart, Faith Gordon and Ben Hilpert are breaking into theatre with wide-eyed enthusiasm. It is exciting to watch the younger students learn stage craft and work on accents. Notably, four Freshmen make up a robust ensemble in the Drama program with lead roles in the Spring play. Caden Gerstenberger, Gabby Stonebraker, Laura Dart and Mariah Morgado are shooting stars on the rise and have certainly earned their time in the spotlight.  These passionate actors have been in multiple productions and have a hunger for the stage. They are all growing in their acting and storytelling abilities and provide such promise to our program.

We hope you’ll join us for an evening of high farce and witty dialogue to support our actors, cast and crew.  The Trinity Drama Department will once again venture onto the stage, bringing written words to life for your entertainment, having tirelessly prepared, adjusting each gesture and expression to bring out the nuances of Wilde’s most enduringly popular play.