On Commencement: Going on Your Own Adventure 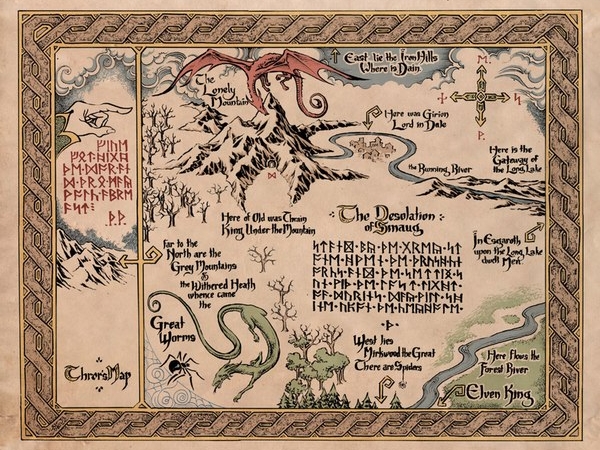 On Commencement: Going on Your Own Adventure

"…I am looking for someone to share in an adventure that I am arranging, and it's very difficult to find anyone," Gandalf says to Bilbo at the opening of The Hobbit.

To this, Bilbo replies, "We don't want any adventures here, thank you! You might try over The Hill or across The Water." By this, he meant that the conversation was at an end.

After an unexpected party with the dwarves in which Bilbo repeatedly says No! to going on such an adventure, he awakens the next morning and realizes he cannot pass up the opportunity. So off he scampers into the journey. Before long he falls into the cave of Gollum and wonders what to do in the dark.

What is the answer to the riddle?
It cannot be seen, cannot be felt
Cannot be heard, cannot be smelt.
It lies behind stars and under hills
And empty holes it fills.
It comes first and follows after
Ends life, Kills laughter.
(Answer: Darkness)

"Go back?" he thought. "No good at all! Go sideways? Impossible! Go forward? Only thing to do! On we go!" So up he got and trotted along with his little sword held in front of him and one hand feeling the wall, and his heart all of a patter and a pitter” (The Hobbit, Riddles in the Dark).

You might feel a little like Bilbo right now. Perhaps you are thinking, “I don’t want any adventures.” I just graduated! Can’t I take a break? I’ve been in school forever. I just want to kick back and enjoy life for a while.

Then again you might be thinking “On we go!” I’ll be off to the mainland or have my own place and it will be exciting. What an adventure life will become.

“[Bilbo] often used to say there was only one Road; that it was like a great river: its springs were at every doorstep and every path was its tributary. “It’s a dangerous business, Frodo, going out of your door,” he used to say. “You step into the Road, and if you don’t keep your feet, there is no telling where you might be swept off to” (Frodo Baggins about Bilbo, The Fellowship of the Ring, Three is Company).

Undoubtedly, each of you are “going out of your door;” and “stepping into the Road.” Be sure to “keep your feet…” and don’t lose your balance. Spend your days in fellowship with God, humming a psalm a hymn or a spiritual song all day every day. Choose your friends wisely, for “bad company corrupts good morals,” and as they say, “we are the average of the five people with whom we spend the most time.”

You might know exactly where you think you are going. You have the next 50 years mapped out right up to retirement. You might not have any idea what to do. God has a plan for each of you to discover.

Historian Will Durant states, “Civilization is a stream with banks. The stream is sometimes filled with blood from people killing, stealing, shouting and doing things historians usually record; while on the banks, unnoticed, people build homes, make love, raise children, sing songs, write poetry and even whittle statues. The story of civilization is the story of what happened on the banks...”
Most people live good faithful lives on the river banks. But, from time to time much is thrust upon you.

It was the age of the Vikings when Alfred inherited the crown of Wessex (the kingdom of England). When he was about your age his older brother died and Alfred faced war immediately. The Danish Vikings swept up the Thames toward London in their dragon boats pillaging the peaceful English farms, villages and monasteries in their quest for farmable land. Threatened with genocide, Alfred, a man of Christian piety, policy and skill at arms painted his face and led his Saxon countrymen straight into the plunderers. After years of war, Alfred defeated the invaders at the Battle of Edington in 878.

Alfred would have the gospel preached to his enemies after defeating them in battle and would baptize them into the Christian Faith. Some say Olaf, King of Norway converted to the Christian Faith in this way while leading Viking raids in England.  Upon his return, King Olaf led a great conversion of the people of Norway and Iceland to the Christian religion.  Meanwhile Alfred reestablished his nearly destroyed kingdom, and established English Common Law. He restored scholarship, learning and monasteries, learned to read Latin himself and opened Christian schools.  In his History of the English-Speaking Peoples, Sir Winston Churchill said, “King Alfred saved Christianity for England.”  Truly, he earned the title Great.

Who knows whether you will live peacefully on the riverbanks or be swept into saving others in crisis. I am confident you will meet your challenge. We really do not know all that will come after tonight. And yet, with Frodo we say, “I will take the Ring though I do not know the way” (Frodo Baggins, The Fellowship of the Ring, The Council of Elrond).

Aloha and God be with you.

Faithfulness
We are Beautifully and Wonderfully Made
The Long Winter
Thinking on Logic
Passion, Patience, Perseverance
Learning in War Time
Good Friday Greetings
No Laughing Matter
My First Week of Home Learning
In a Blink